The Home Theater DIY > Power > When Should You Replace a Surge Protector? 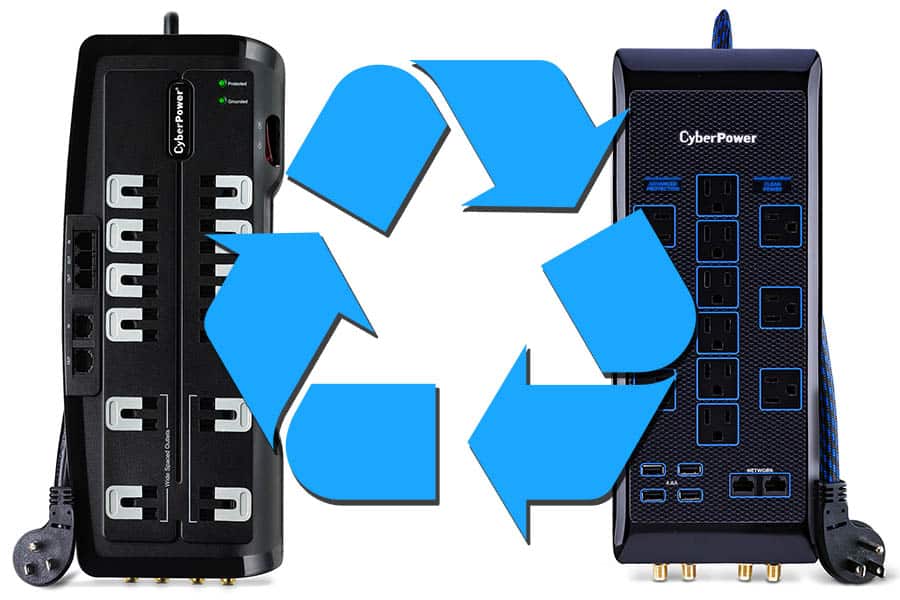 When Should You Replace a Surge Protector?

If you have electrical devices you want to protect. Investing in a quality surge protector is a great idea. Below, I talk about what a surge protector does and how to tell if yours is still good.

What Are Surge Protectors?

Investing in a quality surge protector is a great way to help prevent unnecessary damages to your electric devices. Most commonly, a surge protector functions as a power strip with a built-in protective feature. Some of the newer models include USB ports, in addition to your standard outlets. Higher-end models also tend to include coaxial outlets and ethernet jacks to protect even your fax machines, cable boxes and more.

Surge protectors include a built-in metal oxide varistor (MOV). The MOV works to absorb any excess voltage that occurs when a surge in power occurs. Over time, as the MOV absorbs excess energies, it degrades.

A Note on Power Conditioning

Surge protectors with built-in power conditioners add another layer of protection to your device. In the event of a massive power outage, your surge protector may not be able to fully handle the enormity of the power surge that occurs.

A surge protector with a power conditioner, however, sheds excess voltage by grounding it instead. They also filter “noise” which helps clarify the power supplied to your devices through your surge protector and help them to last longer.

There are a number of products on the market that claim to “condition” your power before delivering it to your devices. For the lower end surge protectors, this is likely just a gimmick. And, in fact, not all electronics need power conditioning.

For higher-end surge protectors, however, the power conditioning feature can actually be a welcome bonus. Why? Power conditioning can better support currents supplied to some of your more sensitive electronics, such as your projectors, receiver, and router.

Higher-end surge protectors with power conditioners are often built to handle everything but the most extreme surges, lasting much longer than their lower-end counterparts.

The fact is – your home theater components are an expensive investment. Investing in a higher-end surge protector with power conditioning can add just another element of protection to ensure your home theater lasts as long as possible.

Surge Protectors Have a Lifespan!

How Do You Measure the Lifespan of a Surge Protector?

What does all this mean to you? It means your surge protector’s lifespan varies. The number of joules it is rated to handle will decrease with each hit. Once the joules have been exhausted, the surge protector will act like just a regular power strip instead. It will still relay current and power your devices, but it will no longer protect them from energy surges.

Can You Tell When a Surge Protector is No Longer Good?

Unless you know exactly how many joules were present when a power surge occurred, it is virtually impossible to determine when your surge protector is no longer good.

A quality surge protector will alert you to the fact that it has reached the end of its lifespan. However, not all surge protectors will. But these lights are not foolproof and you should not necessarily rely on them. That being said – if your surge protector has a surge light that is no longer illuminating, you should assume that the MOV has been completely degraded. You should replace the surge protector at this point.

The truth is, if your surge protector is more than 5 years old, you should replace it. This is true whether the surge indicator light is illuminated or not. The expenses are relatively small when compared to the cost of replacing the rest of your electrical devices should a power surge occur and the built-in MOV has been depleted.