The Home Theater DIY > Cables > What Does D.in Mean on a Soundbar? 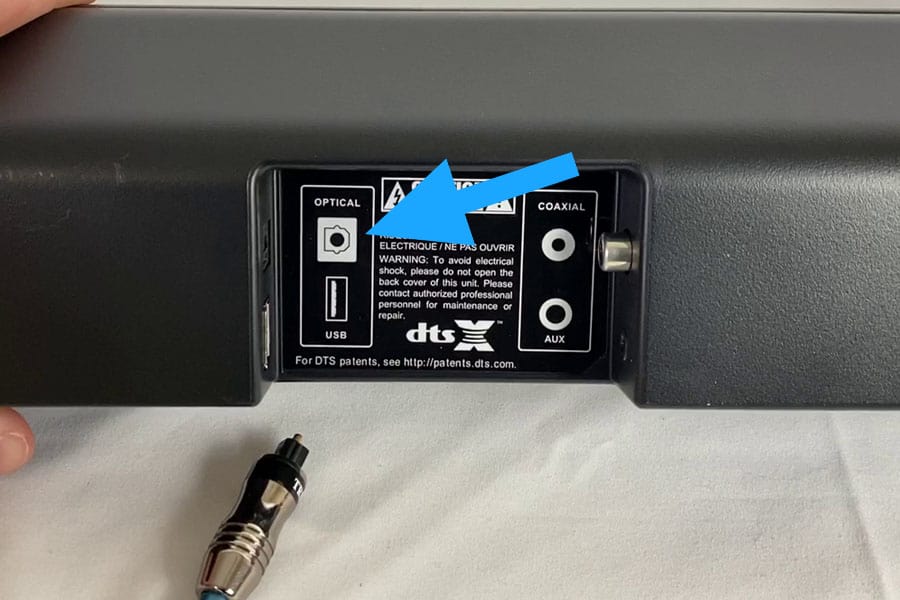 What Does D.in Mean on a Soundbar?

If you’re looking at your soundbar, you might see a D.in label on one of the inputs on the back. You may have even seen it on other media devices, too. If you’re wondering what it means and what it does, you’re in the right place, because we have many tutorials on what all of these things mean, in fact, we have another guide on how to set up a soundbar without a TV using the other available input options, assuming your soundbar has them.

What does D.in mean on a soundbar? On a soundbar, D.in, D-In, or Digital In all mean digital input. A digital input is also called a digital optical input, and it is used to send a digital audio signal from the source to the speaker over fiber optic cable.

A digital input, however it is labeled on your soundbar, requires a digital optical cable to make the optical audio connection. This type of input is different from HDMI or HDMI-ARC inputs, as well as coaxial inputs, and it has different capabilities.

Capabilities of the Digital Input on a Soundbar 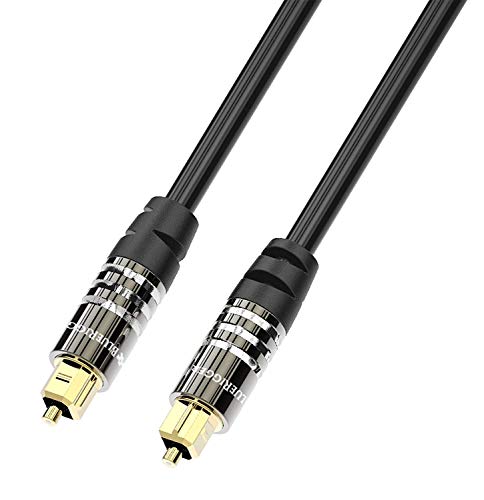 The digital input is an input option on a soundbar, which is usually located on the back. Most soundbars will have a digital input, and you will want to use a digital optical cable like the BlueRigger Digital Optical Audio Cable  (on Amazon) when making the connection between your soundbar and component.

On a soundbar, the digital input's main job is to transfer the digital audio signal from any component to your soundbar, including your TV, video game console, smart home device, speakers, etc. This way, you can hear the audio through your soundbar from your TV, games, music, etc.

And the naming convention around this port can definitely be confusing. When it comes to cables and ports, it's not strange to see terms like Digital Optical, Toslink, and SPDIF all used interchangeably. However, these cables always have the characteristic square-ish connector which clicks into place. But be careful: that fiber-optic cable inside means you can actually snap a cable if you try to bend it too much, making these a little fragile.

It used to be that coaxial cables like this typical RG6 Coax Cable (on Amazon) were all you needed for connecting audio and video between devices. These days, you may have to choose between the D.in or digital input and the HDMI input.

While Coax and HDMI carry both the audio and video signal, either one of them might be used "upstream" of the soundbar to get content on your screen. Then, an optical cable can be used in parallel to connect the audio source to the soundbar.

Since both digital input and HDMI function to transfer audio content from one device to another device, you might be wondering which is better to use. One of the most significant differences between digital input and HDMI cables is that an HDMI cable passes high-resolution audio, as well as video, so you may want to connect your soundbar via HDMI, especially if your screen and soundbar have HDMI-ARC built-in (more on that in our article here).

Some of the major differences in digital optical and HDMI are:

HDMI supports DTS HD, TrueHD formats, and Dolby Digital Plus. At the same time, digital input supports only the surround system with up to 5.0 channels. Most television programming only uses surround sound to broadcast, but you may be missing these added formats with Blu-Ray discs and other higher-level media.

This may be a limitation for some. If you consider a soundbar like the Nakamichi Shockwafe Ultra, which we've reviewed on the site before, you'll know that the soundbar itself supports a 9.2.4 surround system, so connecting an optical cable to it would limit the functionality significantly.

As discussed briefly above, a digital optical cable uses fiber optic technology. A glass fiber at the core of the table transmits light signals which are much less vulnerable to interference when compared to copper wires. HDMI doesn't use this technology, but for short runs of cable, the quality difference isn't super substantial unless you are a dedicated audiophile.

HDMI cables transmit both video and audio, reducing the need to have another cable. The cost of the two cables that are required for utilizing the digital input and another input for video may be more expensive than just purchasing one HDMI cable.

The length may not be so crucial for every user, but you might end up losing quality signal over the length of the cables. So, when selecting between HDMI and digital input, you may consider simply choosing the shortest one.

What About the Coaxial Connection? 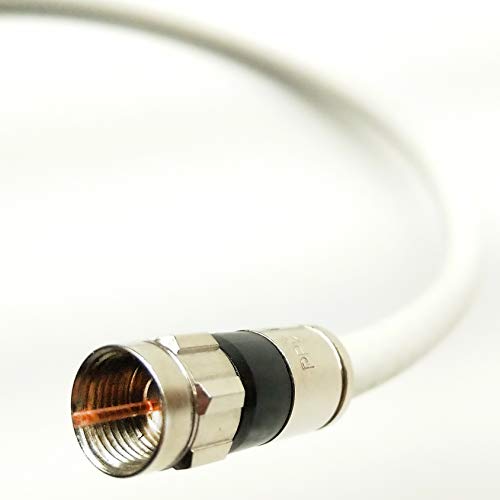 This type of connection is identified by the characteristic single-pin connector that is screwed into a matching hole for a secure connection. Coaxial cables provide a wider bandwidth per channel, which is why some telecomm companies use them for near-gigabit speed internet.

Devices that have Digital Input Connections

Digital input options are typically included on new hardware in the following categories:

But be sure to check your equipment to make sure ahead of time that you have the ports you need. A Sonos Arc Soundbar, for instance, is very expensive, but doesn't have an optical port, so it isn't always included by default.

Connecting your soundbar to a television using the digital input is very simple — it doesn't demand any technological knowledge. Most soundbar systems provide detailed guidelines on how to connect it to your television, so check the instruction manual for more assistance.