The Home Theater DIY > Soundbar > What is Audio Sync on a Soundbar? 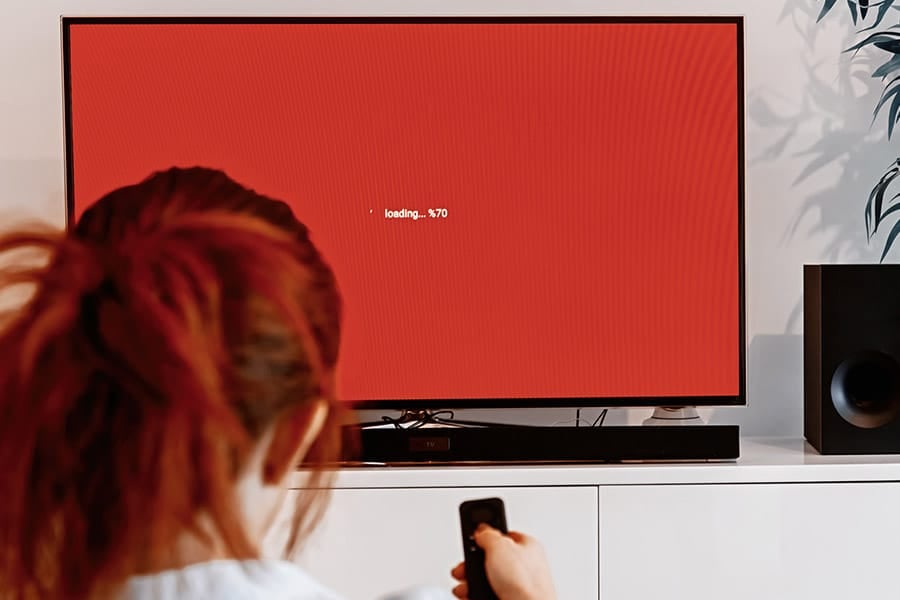 What is Audio Sync on a Soundbar?

If you've poked around much in your Television's settings after installing a new soundbar, maybe while making sure the TV is outputting to the right place, or via additional input options other than HDMI if you're trying to do it without a TV (as shown in our guide), you may have noticed a settings option called Audio Sync.

What is audio sync, and how does it relate to soundbars? Audio sync lets you adjust the audio tempo so it is in sync with the video. This button and/or setting allows you to slow down or speed up the audio.

Since it seems that the audio should automatically be in-sync with the video, the first question you'll likely have is why you would need this feature at all.

Why Do Audio Sync Issues Occur?

Audio sync issues are more common than you might realize. The issue may be so slight that it’s barely noticeable or it’s so distracting that it’s impossible to watch the show. Also referred to as lip-sync errors, it can be an annoying problem.

There are several reasons why audio sync or lip-sync issues occur.

HDMI ARC Can Cause Some Issues

A convenient HDMI feature that comes on most modern soundbars is the audio return channel (ARC). The function is designed to make the setup easier but this is not always the case. Sometimes it can create issues.

What is HDMI ARC?

We have an article that goes more in-depth on what HDMI ARC is and why you should care, but the basics are pretty simple. The main goal of ARC is that you only need to use one HDMI connection for audio. Instead of multiple cables, there’s only one connecting the AV receiver or soundbar to the TV.

ARC also lets you use one cable to connect multiple devices like Roku, a cable box, and Blu-ray to the TV. If your soundbar has a single input, this is great. You can also use just one remote to control everything.

The way it works is simple. When the devices are connected the television sends audio through the HDMI cable to the connected soundbar. Granted, it does look neater having only one cable, and using a single remote to control everything is convenient, but there can also be disadvantages.

Issues appear when the TV doesn’t have ARC. The feature is not something that all television manufacturers have embraced. Without audio return channel functionality, you will need to use multiple cables or listen to sub-par audio. If your soundbar is limited to one input this will be another issue.

You might also run into problems with the limitations of the ARC technology. High-bit-rate and HD audio cannot be sent. If you have Dolby Atmos or DTS:X, you won’t be able to decode those signals to get that higher quality sound.

How to Fix Audio Sync Issues with Soundbars

Watching a show where the audio is ahead of the characters or behind is annoying. Imagine watching a foreign movie where the actors’ lips are moving but the audio doesn’t come in until a few milliseconds later. It’s impossible to sit back and enjoy the show. Fortunately, there are a few ways you can correct this frustrating problem.

The first is to try the button on your soundbar marked “audio sync”. The +/- symbol on the button indicates speeding up or slowing down the audio to match the show. You will need to have the TV on while you make the adjustments so you can sync the audio with the show.

The best advice is to go slowly. It’s easy to overcompensate and put the audio even further ahead or behind the action on the screen. If manually adjusting audio speed doesn’t resolve the issue, here are a few other things you can try.

1. Disable Certain Features on the TV

Several features on your TV might come pre-enabled. This can include video noise reduction, motion enhancement, and other features that control picture quality. Scroll through the menu settings and disable these features. It might be what’s causing your audio sync issues.

Home entertainment systems can make you feel like you’re at the movie theater. When the audio is not matching the action on the screen, check which component is performing the video-processing tasks.

If the TV and entertainment system are both working on video-processing, experiment by disabling the function on either device. Both performing the same tasks could be delaying the audio.

If disabling or changing the settings fixes the problem with audio not matching the on-screen action, slowly start adding the disabled functions back in until you run into the same problem again. This is your reference point and will help you get the audio back in sync again if the issue reoccurs.

4. Check the Settings on All Connected Devices

Sometimes disabling features on the TV or soundbar doesn’t resolve the issue. In some cases, you might need to have these functions on. If this is your problem, review the operating manuals that came with the devices. You can also scroll through the settings on the device's menus.

Along with the audio sync function on the soundbar, there might be similar features that you can adjust. Your TV might have an “audio delay” or “lip sync” setting that will allow you to make the necessary adjustments.

As a last resort, you might have to get back in among the cables and make a few modifications. If you have a Blu-ray or DVD player connected, split the video and audio connections between the TV and soundbar. This only works if the soundbar has more than one input.

You’ll connect the HDMI output of the disc player directly to the TV. This will give you video. For audio, separately connect the soundbar to the television. When nothing else works, disconnect everything and start all over again.

If the problem is really bad, or you just have a super complicated setup that you don't want to change, you can consider adding a componant like the Av Toolbox AP-411 Lip Sync Corrector (on Amazon) to allow you to control the lip sync directly.

Sometimes sound and action don’t match up when you’re watching TV at home. Hopefully, it only requires a quick manual adjustment with the audio sync function on your soundbar.

If this doesn’t work, there are other steps you can take. Just remember, it might take a few tries before you get the audio to match up with the action on the screen.