A projector is like any other piece of equipment used in a Home Theater or Home Entertainment System. There are hundreds of different models to choose from, and it's very overwhelming at first glance.

The most important specifications to consider with projectors are the brightness (lumens), throw ratio, resolution, and contrast ratio. As with most electronic equipment, it's hard to gauge the quality of any piece of equipment based purely on its specs.

Manufacturers tend to lie or over exaggerate their numbers a bit. So it's important to look at what people are saying about the projector and how well it works. Projectors are an investment like any other piece of equipment in home theaters. A great projector will last for many years, and if anything happens to the lamp, then you can always purchase a replacement bulb.

The Home Theater Projector I Recommend

After tons of researching, I have found that the Optoma HD29Darbee (on Amazon) is one of the best bang for your buck projectors on the market. Full disclosure, I do not own this projector, I am recommending it because of its great image quality, high lumen count, very reasonable price tag, and great reviews!

It has a max resolution of 1080p. Yes, it's not 4k but currently, most cheap projectors aren't true 4k, which usually comes with a much higher price tag. With 3200 lumens, this projector is plenty bright for any environment. It has a throw ratio of 1.48 – 1.62:1. This means it can fill a screen 100 inches wide at a minimum distance of 12.3 feet or max distance of 13.5 feet from the projector screen. Perfect for a typical home theater room!

The Optoma HD29Darbee uses DLP (Digital Light Processing) technology to project. This is a very common technology used with many other projectors on the market. DLP projectors typically project video very smoothly and it makes it pretty difficult to see the individual pixels, even on a very large image. This projector has a contrast ratio of 30,000:1, which means it can distinctively produce very dark black colors. Most DLP projectors have a very high contrast ratio.

This unit also supports all HDMI 1.4a mandatory 3D formats. This means it is capable of producing true 3D content from almost any source. A lot of people opt out of watching 3D content. I completely understand as I am not a fan myself, but it's nice to have the ability to watch 3D content natively.

Read the reviews on Amazon, and you will see that almost everyone that has purchased it was more than pleased. It has a lamp life of around 8,000 hours while in the dynamic black mode (used for darker rooms). Probably closer to 5000-6000 hours while using one of the brighter modes., but it's still a long and reliable lifespan for the bulb. And replacing the lamp can cost as low as $160, which is a fair price.

Best Projector on a Budget 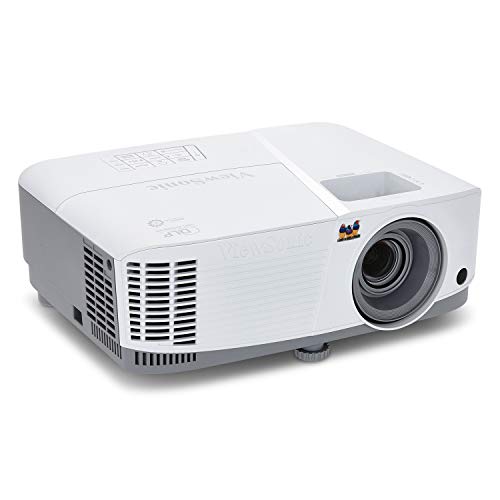 If you happen to be on a very tight budget, and you aren't able to purchase the Optoma HD29Darbee, then I highly suggest the ViewSonic PA503S (on Amazon).

It is capable of producing a 1080p image at 60 frames per second. It's not going to have extraordinary colors because of its price, but it will still work perfectly fine. This unit does not have an optical zoom, so its positioning will need to be pretty accurate if being used with a screen. The contrast ratio is 22,000:1 which is less than a lot of projectors, but for dark environments, this won't be an issue.

It has a throw ratio of 1.96:1 - 2.15:1, this is pretty high, so be aware that this projector will need to be at least 13 feet from the projection area to produce an image 80 inches wide. Cheap projectors have their issues, but the main thing is that they can project a high-quality image, which this unit can definitely do. 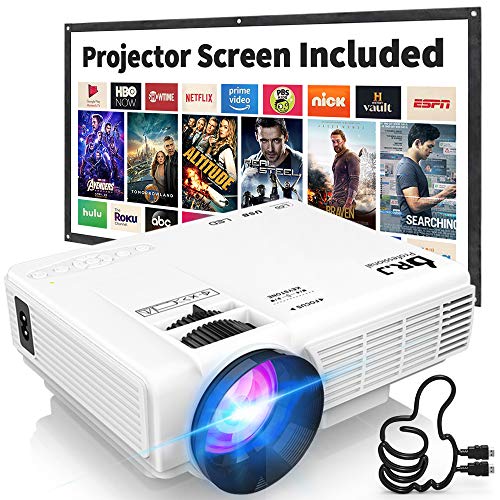 It was specifically built to be a cheap projector used for movies, tv shows, and video games. Its lumen count is not very high and will need to be used in a dark environment. But it does a great job of projecting multimedia content for its super low price.

Always keep in mind, you get what you pay for when it comes to almost all electronics. This unit is very cheap and will likely not display everything perfectly or exactly as you want it to. But it's a great starter unit for someone interested in projectors, but not fully committed to the idea.

Here is a list of 8 Portable Projectors for Under $300. These are some great units for on the go use.

To put it simply, a short throw projector can be much closer to the screen when compared to a normal throw projector. The throw ratio is calculated using the distance from the projector to screen divided by the maximum projected width of the image.

Yeah, you can go purchase a $300 "short throw" projector, but it will likely be lacking in many other qualities. The Optoma GT1080Darbee has a very small throw ratio of just .49:1. It can produce a 98-inch wide image from just 4 feet from the screen! It has very similar qualities to the HD29Darbee, except it can be positioned much much closer.

This projector is perfect for a smaller home theater room or in circumstances where positioning the projector far from the screen is a difficult task.

Conclusion - What to look for in Projectors

Check out our article going over all of the different projector specs and exactly what you should look for when purchasing a projector.

There are loads of different projectors out there on the market. Look at the specs and included features on a projector. Think, will this fit my wants/needs? I'm sure one of the suggested projectors will fit most people's wants and needs.