If you are in the market for a soundbar, you are probably already looking to economize on cables. And there seem to be all manner of adapters and converters when it comes to home theater systems. So…what if we take that to the logical extreme? Can you simply power your soundbar off your Television, reducing cables as much as possible?

Unfortunately, it’s not possible to power your soundbar directly from your Television. Soundbars typically require more power than TVs, and don’t have the power adaptor hardware required to pass-through enough electricity to power soundbars as well as the screen.

There may be some edge cases where you can power a small portable Bluetooth speaker off of a Televisions USB ports, but when it comes to soundbars, you’ll have to figure something else out.

Why Can’t I Power my Soundbar with my TV?

To understand why this isn’t possible (at least at this point in A/V equipment history) we have to talk a little about electricity, power adapters, and power use. 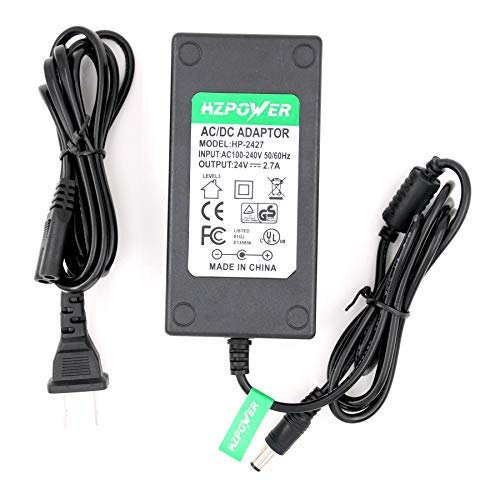 If you have a laptop or a modern game console, you probably know what a “power brick” is. These chunks of plastic are so-named because they’re typically the size of a small brick, bridging your device from the wall power outlet. They sit on the floor most of the time, so it’s easy to forget about them, and even easier to forget what they do.

Without going into too much detail, the power adapter is doing interesting things like converting the AC current in the wall to DC current that your device can use, and regulating the polarity of the electricity that’s delivered to the device. Every electronic device you own has a power adapter doing this job, but for some of them, the adaptor is small enough that it’s built right in.

For the devices that end up with a “power brick” on the ground, there a couple reasons a manufacturer chooses to do that instead of building it in. First, it reduces the device weight (some laptop power bricks can weight as much as half the device itself). Second, have detachable bricks allows them to sell one XBox (for instance) all over the world, with the power adaptor changing to match the local electricity options.

But what does this have to do with your TV?

Power Use for Televisions and Soundbars

Most televisions have their power adapters–the “power brick”–built right in. This makes sense because the TV isn’t really portable, so there’s no incentive to reduce the weight, and also because Televisions don’t really use that much electricity, so the power adapter itself is small.

A typical 32″ OLED TV, for instance, will probably only use around 60 watts of electricity when on. A more power efficient LED model might use as low as 55 watts. The power adapter is small, built in, and sized to support the TV and maybe a couple powered USB ports.

We have an article on the power requirements for speakers, but what about soundbars? Let’s consider both the high end and the low end. At the bottom, a good representative “cheaper” unit that should be using the lowest amount of power we’d be expecting is the 2017 model of the VIZIO SB2820n-E0 Sound Bar (on Amazon). This budget soundbar is rated for a power usage of 95 watts.

And the high end? Take the Nakamichi Shockwafe Ultra (also on Amazon). This unit is rated for a maximum output of 1000 watts! There’s a little more to the story here–the Shockwafe Ultra has multiple detached speakers that need to be plugged in separately (see our review here)–but I’m sure you get the point: soundbars, even less expensive ones, use a lot of power compared to Televisions.

What About Power Pass-Through?

At this point, you’re probably starting to understand why there isn’t a simple power-pass-through option for your TV to power your soundbar with. To support this kind of functionality, Televisions manufacturers would have to increase the size of their power adapters.

The reason you can’t power your soundbar off your TV then, ultimately, is the price. If Televisions added large adapters to support soundbars, they have to pass that cost along to you. And it just makes more sense to let the Shockwafe Ultra buyers pay for the power adapter they need when they buy their soundbar than to start making Televisions manufacturers add expensive power adapters.

Ways to Make Running Power Cables for Your Soundbar Easier 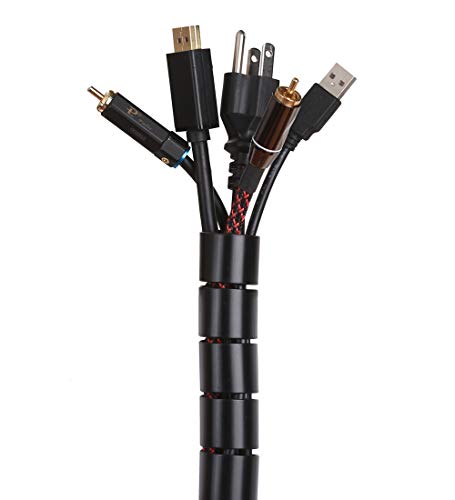 But you don’t really want your Television to power your soundbar, right? You just want cleaner cables. Luckily, there are lots of ways to simplify the cable problem.

The first way is bundling them. If you have excess room in your TV console to hide it, a cable bundle is a good way to organize messy cables. Although you can buy heavy-duty zip tie or velcro cable ties, a simple twist tie can work just as well. Do not allow your cable bundles to hang.

A second way to get power cables out of the way, especially for longer runs, is to use gaff tape. Gaff tape is a durable tape designed for, well, taping cables to the floor. It’s most often used in theater, auditorium, and night club settings where audio cables need to get sound to every corner of the room. However, it can work just as well for applications at home. Cover the cable with a line of gaff tape, and your power cable will no longer get in the way of your broom or vacuum cleaner.

You can also put a power strip in your TV console. This way you can keep all the device power cables inside the console and use the power strip to run one cable to the outlet from your console. Many power strips will even allow you to mount them with screws that you can get at your local hardware store.

If you get creative, there are lots of ways you can hide all the cables, to get the best sounding, cleanest setup you can.