Does your projector have 3D capabilities? If it doesn’t, it will probably not be able to play 3D movies without adding a few things. Even then, it might be a tall order.

You cannot play 3D movies using a normal projector, because standard projectors do not have the hardware to pick manage 3D signals. This means that they will not be able to interpret 3D image data or project 3D images.

Therefore, if you are looking to play 3D movies at home using a projector, you might be limited to 3D projectors. This article will discuss everything you need to know about using projectors to play 3D movies, but not pico projectors, which is explored in another guide instead.

Differences Between a Normal and 3D Projector

Since the difference between these two projectors lies in their 3D capability, it is important to understand what 3D is all about first. While 3D projectors can always display 2D images, a standard 2D projector cannot display 3D images.

A 3D projector works to map that 3D image onto a flat surface, such as a wall or screen. 3D glasses, on the other hand, filter the image’s polarity, thus allowing you to view the correct image in the correct eye. This results in the simulation of depth that we refer to as the 3D experience. You cannot experience that sense of depth from a standard projector, because it’s not projecting two versions of the image.

The thing that gives 3D projectors their capabilities is the fact that they can accept and display various types of stereoscopic 3D transmission formats, while 2D projectors cannot. The 3D video source will be sending a signal to the 3D projector that is actually two different video feeds – one for the left eye and one for the right eye.

These transmission formats are of four major types: Frame Packing, Frame Sequential, Checkerboard, and Side-by-Side. Depending on the transmission formats that they can support, 3D projectors can be divided further into two groups: 3D-Ready and Full 3D projectors. But the main idea here is that even if you route a 3D signal to a standard projector, it doesn’t automatically have the equipment needed to read any of these 3D formats. 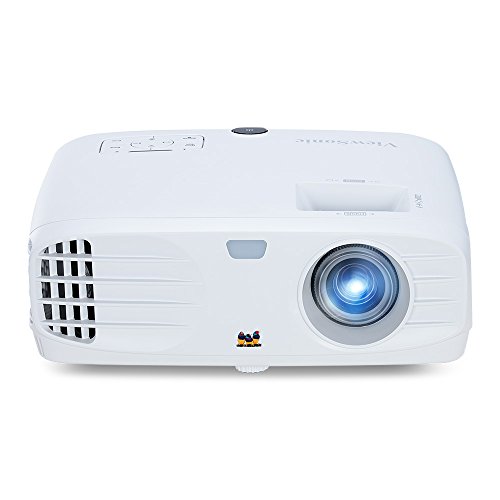 3D-ready projectors are the most basic type of 3D projectors, as they are designed to handle only one form of 3D data transmission; frame Sequential. This is one of the simplest types of 3D. Unfortunately, 3D-ready projectors are incapable of projecting 3D content from most home theatre systems, such as set-top boxes or Blu-ray 3D players.

Projectors that are 3D-Ready typically require another piece of hardware – an external box that controls the shutters in active 3D glasses (more on those in a minute).

These projectors can handle any of the four major types of transmission formats. Moreover, they are compatible with most 3D capable devices. Therefore, if you are looking to get a 3D projector for your home theatre, a Full 3D projector is what you need, and there is a lot more to learn about them as well (our guide).

You may have seen our articles on how cost effect projectors are to run, and on some great budget projector options which includes a few projectors that are 3D-ready, but there is one additional cost to think about: the 3D glasses.

The technology used in 3D glasses can be either active or passive, with each having inherent advantages and disadvantages. The following section details the difference between these two types of 3D glasses technologies. 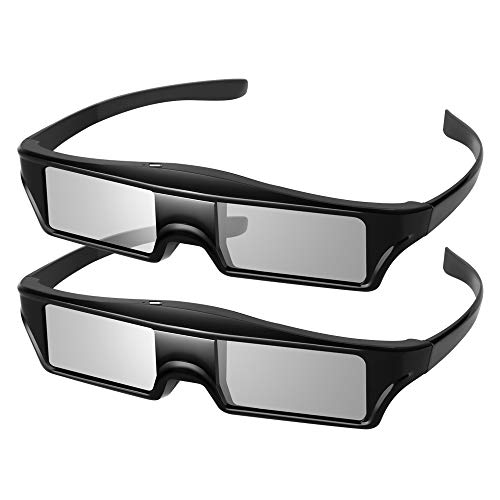 The technology used in active 3D glasses like the Elikliv Rechargeable 3D Glasses (on Amazon) is also known as powered 3D. This is because for it to work, the glasses need to be powered in some way. Earlier models of active 3D glasses used to come with AA batteries for that purpose. Today’s, glasses, however, use rechargeable cells.

Active 3D glasses use that power to shutter or block the lens on one side, and then the other. This is what allows your eyes to observe the image at different times, thereby creating the illusion of 3D.

While active 3D allows you to observe the image at the projected resolution, it poses a few problems. For starters, the glasses are bulky since they have to be big enough to house the cells or batteries needed to power them.

Additionally, these glasses tend to be rather expensive, with most models costing several hundred dollars. This can make it impractical to equip several people with the glasses. It also means spending significantly when looking to replace them. Also, some people report feeling sick from the constant shuttering. 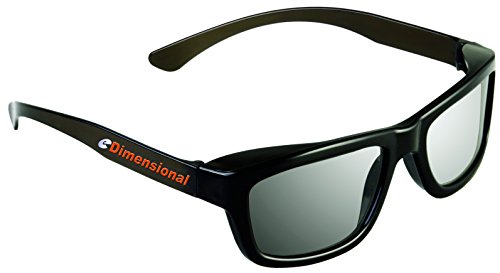 Passive 3D glasses are those dark glasses that you find in most theaters. Some 3D TVs with 3D built-in use passive 3D glasses like the ED CINEMA 3D GLASSES For LG (on Amazon). As you might have noticed, these glasses do not contain batteries or any other power source. Passive 3D technology works by utilizing polarized lenses that work with a special filter on the screen to give you the 3D image.

The biggest advantage of passive 3D glasses is their pricing, as most models cost only a few dollars. Additionally, they are quite light since they do not contain any extra components. Their disadvantage, however, is that the resolution of their images is not as clear as that of the active 3D glasses.

When it comes down to it, your choice will depend on your needs or preferences. Active 3D glasses offer you images with better resolution but are bulky and expensive. Passive 3D glasses, on the other hand, are cheap, but with poorer resolution.

Playing 3D Movies on a Projector

The benefits of playing movies on 3D projectors cannot be overstated. For starters, they add depth to images, making them more realistic or life-like.

This can be especially useful when looking to explain complicated designs in education or engineering. Moreover, the resulting images have superior resolution and quality as compared to those you get from a normal projector.

3D projectors also allow you to increase or configure the images on your screen. But that’s not all. Since 3D projectors reflect light instead of emitting it, their images are more comfortable to view, which reduces eyestrain.

Another thing you will love about 3D projectors is their compact size, which allows you to maximize space. Their compact nature also makes them easy to carry around. Consider employing the following tips when looking to enjoy a 3D movie from your projector:

If you love your movies, 3D is an experience to die for, but you must be ready to spend for the right gear. It is understandable to get frustrated if you can’t experience 3D with your projector, but there are other options you might want to explore, such as using a 3D TV paired with a blue ray disc player or just using a regular projector or a mini projector (more on that in our comparison guide).