A strange thing happened in the world of projectors. About half a decade ago, nobody had heard of Pico Projectors, but now they’re one of the most popular categories of projector hardware. But what are they, and how are they different from “normal” projectors?

Pico Projectors are small, portable, battery-operated projectors that are designed to project content from your phone or laptop, or even play video files from USB or SD storage, no matter where you are.

These units are popular not just because you can take a massive video around with you in portable form, but also because of the flexibility offered by being able to set up anywhere and work off battery (think camping, or the back porch on a summer evening), and the low barrier of entry offered by their approachable prices.

Basics of a Pico Projector

First off, if you’re new to the concept of a Pico Projector, you might be wondering what the basics of this niche of video projection hardware are. If your only experience is with normal, full-sized projectors, you know that bigger projectors are more expensive, take up more space, and are more likely to be stuck in one place. Not portable. Not even close.

Well, Pico Projectors are at the other end of this spectrum. They’re small, ultra-portable even to the point of running off battery, and some literally fit in your pocket. It’s a new concept: an industry that is now saying you should have the ability to throw up a 100 inch screen wherever you are, whether it be for presentations, kicking back to watch the big game, or even to play a video-game on the road when away from your screen of choice back home.

What you can expect to find down this rabbit hole of technology is the cutting edge of projecting, with all it’s advantages and disadvantages (more on that later), but one thing is for certain: it’s never been easier to have a portable projecting solution so that you can make the home theater experience come to you.

How Does a Pico Projector Work? 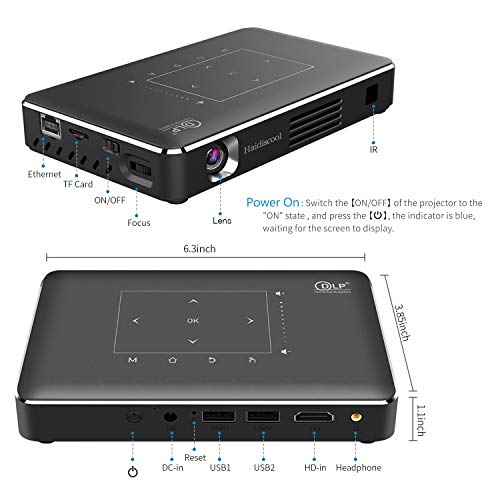 There are two technologies that power most Pico Projectors: DLP and LED. DLP, or Digital Light Projection, uses a combination of mirrors and color wheels to cleverly generate an image that’s then projected by the power of a bulb. In an LED projector, though, the image is first generated on a liquid crystal display inside the projector then beamed out with an LED light source. These technologies are basically interchangeable for the purposes of discussing Pico projectors, except that LED technologies are basically always going to be a bit cheaper and more power-efficient while also offering typically less brightness.

Past those details, though, the more important idea behind how a Pico Projector “works” is the magic of getting whatever you want on the screen. While some Pico projectors actually have inputs for AV cords that you could hook up something old-school like an N64 or DVD player to, most of the options nowadays allow you to do some combination of HDMI in, WiFi streaming (like a Chromecast), screen-mirroring from your phone via Airplay or custom apps, or even input through USB or playing video files from on-board storage or an SD card.

This breadth of options leads to a problem, though, which is that most Pico Projectors get away with advertising many ways to connect when, in reality, you’re probably going to only use one or two of those methods regularly. For this reason, it’s critical that you figure out what you’re going to use the Pico Projector for before you go shopping. If you’re wanting to throw your laptop screen on the wall, you’ll want a projector that has HDMI in or a robust screen-mirroring solution (and note that most screen mirroring options require setup through WiFi, meaning getting setup where you don’t have WiFi might be a problem).

Pros and Cons of a Pico Projector

If you’ve read enough and you are ready to move forward, here’s a list of the Pico Projectors we recommend: 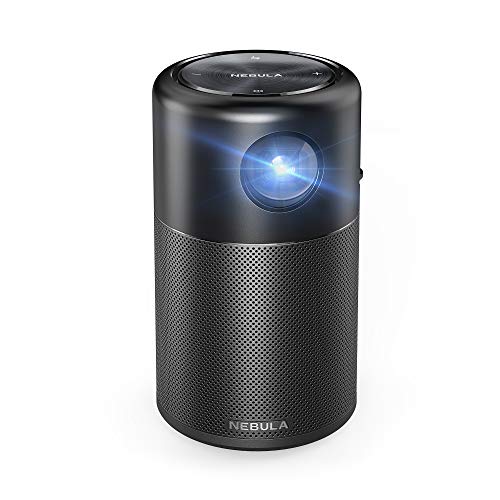 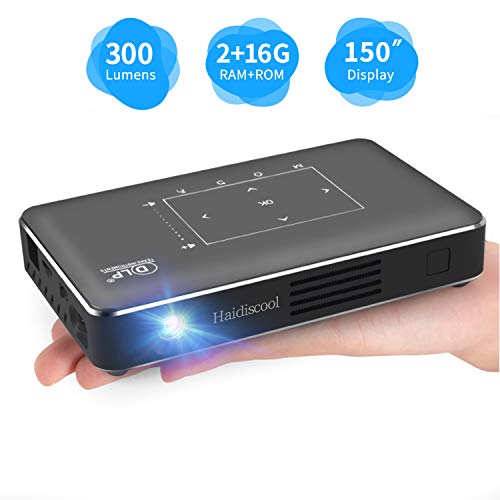 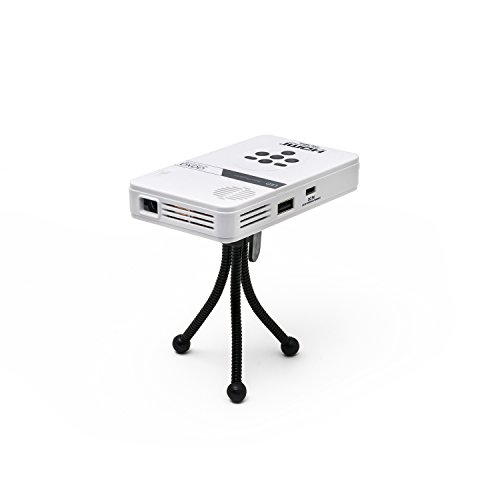 Iam confused what can I watch with these Projectors,can I watch tv and if so how would we hook up to our house TV,if possible?

Thanks for that helpful article Jonah re What Is A Pico Projector. As an artist I'm looking for one for projecting downward mostly, onto paper, so I can quickly draw up designs for clients. One area I don't understand is how the amount of Lumens differs between models. I'm looking to spend around $250 - $300 for a DLP model and was told that i would get around +400 lumens and that would work for me...but I'm seeing models on ebay around $300 with 3000 lumens and more which I presume would give me a brighter, clearer image. Am I misreading their specifications or are there some details left out of the specifications. Love your work, Cheers, Colin Rowe