soundbars are a great way to improve your home theater sound system without taking up the space of a full multi-speaker surround sound system. Even with all of the components being put into one device, there are a lot of options that need to be considered. For instance, soundbars come in three, five, seven or even higher channel counts. Some are curved to match curved televisions, while others are made specifically to be mounted to the wall along with tilted wall-mounted TVs (which we have a tutorial on as well, by the way). While all of these decisions are hard to make, one that can be hard to fully understand without deeper explanation is the choice between a passive soundbar and an active soundbar.

So, what is a passive soundbar? Passive soundbars don’t include a built-in amplifier, meaning that they need outside amplifiers or receivers to work correctly. This can be directly compared to active soundbars, which have built-in surround sound capabilities and amplifiers.

There are a lot of benefits to getting a passive soundbar versus an active one, but the choice will depend on your personal setup. You have to consider whether or not you already have a receiver, and also your price range. Luckily, after learning more about these options it should narrow your soundbar search. It also can help you better understand the inner workings of any soundbar that you end up choosing. 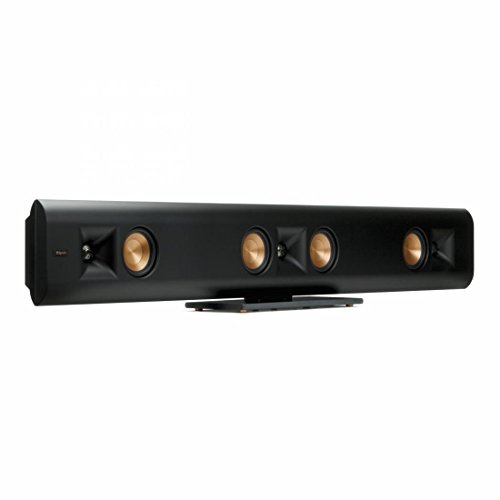 Passive soundbars, like most soundbars, have a number of speakers depending on the channels. They can provide either stereo sound, or they can sometimes have a surround sound effect using pointed speakers that bounce sound off of your ceiling. A passive soundbar, unlike an active soundbar, doesn’t include any amplifiers or receivers. A receiver takes your video and audio information from other pieces of home theater equipment and processes it. This allows the data to be correctly sent to the right pieces of equipment, allowing them to communicate properly.

Often these soundbars have multiple channels depending on the number of speakers within them. Most commonly, they have left, right, and center channels. These groups can have one or more speakers tied to them. In a passive soundbar, they all have connections in the back to connect to a receiver. A large bonus to passive soundbars is that they can replace the front left, right, and center speakers in a home theater set up, and be accompanied by others. Because the receiver/amplifier are separate, they can process other outside speakers within this setup, where that isn’t usually possible with an active soundbar.

Active soundbars work similarly to passive soundbars in that they have multiple speakers that are split up into channels, similar to the differences between active and passive subwoofers as well (our tutorial). They may or may not have surround sound capabilities, and can be mounted in multiple ways. The biggest difference is that active soundbars include the “receiver” and/or amplifier inside of them. This means a few things, including that you are able to achieve a digital surround sound effect with a single piece of equipment. This can be very helpful, as setting up a full surround sound system, whether 5.1 or 7.1 (more on the benefits of each in our guide), with multiple speakers, can be nearly impossible in some homes. .

Take a look at our list of best soundbars for the money, this will help you get a better idea of how a soundbar works and what our recommendations are.

Active soundbars are extremely convenient from a setup perspective. You don’t have to worry about purchasing a receiver or amplifier, which depending on the situation, can cut costs. This also means that if you have less space, this may be the best option for you. Not only does it cut down on equipment, but it also has less wiring which means you can have a more minimal setup. This also means it is very easy to set up overall and requires less wiring knowledge to correctly install. This makes it a very accessible choice for those who may not want to hire people to set up their system, or who don’t have time to research setting up a receiver. All you often have to do is connect the active soundbar to the TV and plug in power to set it up correctly, although, it’s important to remember that you can’t power soundbars with the TV independently (read our guide to learn more), there needs to be an external source of power.

Technically, you can connect an active soundbar to a receiver as a center channel speaker. This absolutely isn’t recommended in most cases, as it means you would then have two amplifiers. The overlap could mean that the equipment would start causing a loss of audio quality as the speakers interfere with each other. They could also be totally incompatible. This means that, with most active soundbars, you won’t be connecting them to other speakers.

There are quite a few reasons to use a passive soundbar over an active soundbar, even though they are much less common.

The biggest reason to choose a passive soundbar would be for the pricing benefit. Almost always, a passive soundbar with similar speaker quality to an active soundbar will be cheaper. This can be especially true if you are using a soundbar in place of front speakers, and if you already have a receiver and amplifier. This makes it a great budget pick overall, but also makes it an ideal starting piece to your home theater as it will be a significant upgrade to a television speaker for a low cost.

Better sound quality is another thing to consider when looking at passive soundbars versus active soundbars. While the lower price, of course, allows you to potentially buy a soundbar with better quality speakers, it also allows you to add speakers to your setup, additionally, as we explained in our guide, just make sure that you disable your TV’s default speakers because there’s no sense in having inferior speakers involved. Multiple speakers with surround sound positioning almost always have better sound quality than just a soundbar. Since active soundbars usually have receivers and amplifiers that are not compatible with outside speakers, you need to make it your whole set up. Also of note, a separate receiver is often higher quality than the receiver that you would get inside of your active soundbar.

Something to consider is the idea of future-proofing your home theater. This is especially true if you plan on investing a lot into a home theater that you want to last a very long time. If your sound system centers around a good receiver, multiple speakers, and a passive soundbar, then you are able to upgrade individual parts without too many compatibility issues. If you decide to invest all of your home theater quality into a single very expensive active soundbar, you risk putting all of your eggs into one basket. If the active soundbar goes faulty, then usually the whole piece of equipment is unusable. There are insurance policies to cover this, but it is an additional cost to think about.

It is important to note, if you are looking for something to be compatible with other speakers in a home theater set up, it often is suggested that you don’t use a soundbar at all. A traditional home theater set up with positioned speakers is going to get you better sound quality, and often for a better price. While a soundbar is a superior choice when looking to save space in your set up, or when saving yourself set up costs, it often isn’t seen as the highest quality sound option. With that being said, it is a cheap and easy way to upgrade your television sound substantially without a full home theater investment. Overall, these advantages and disadvantages shouldn’t keep you from purchasing whatever best fits your space and price range. What works for your set up can only be decided by you, since every space is unique!

The Differences Between Passive Soundbars and Center Channel Speakers

I am a neophyte in the world of sound systems. If possible would you please advise the three best passive sound bars compatible with Denon 4700h a/v receiver for the Dolby Atmos feature (and future DTS X & Auro 3D) (after watching your video, I elected to purchase the Q950A sound bar. However my installer informed me that I need a passive sound bar to properly utilize my Denon a/v receiver)

BTW - your YOUTUBE videos are of exemplary quality and content, I frequently watch your videos to help me make decisions on attempting to upgrade our current Bose Acoustimass surround system.

We have an A/V receiver which, as well as for TV sound, we also use to play music via an ipod. When choosing the ipod input the output switches to front left & right speakers only, and it goes through a multiple speaker switch box, from which we choose up to 4 rooms to play music in. We've just re-fitted the kitchen, and the tall wall cabinets leave no room for all but small speakers. Soundbar shaped speakers would be perfect, but can a passive soundbar be used in this way? i.e. just with twin speaker cable and no power input? The other problem we might have is that the stereo output is 2 x 100W, which if playing in the kitchen only, at high volume, might be too much for the speakers?