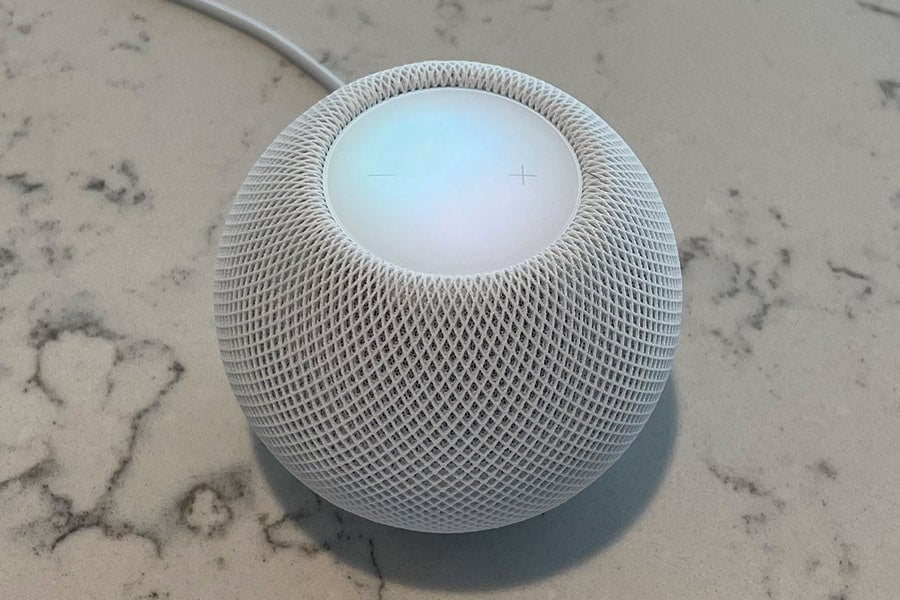 How to Use the HomePod Mini as a Bluetooth Speaker

Apple has dominated the tech scene for quite some time. While other tech giants have tried to wrestle the title away, there is no mistaking Apple’s brand awareness and product quality. But when it comes to interoperability (the ability for different systems to exchange info) Apple is lacking.

While your HomePod Mini uses Bluetooth for some connectivity, you can’t use one as a Bluetooth speaker. The only way to use audio with a HomePod Mini is by using an Apple device like an iPhone, iPad, Macbook, iMac, or an Apple TV.

While this can be annoying for some users, if you happen to be using all Apple products as we've explained before in our other guide, it’s not an issue. In fact, when paired with the correct devices, the HomePod and other Apple products work great together. Some might even say they work better than other products. To learn more about the HomePod and how it functions, read on!

Does the HomePod Mini use Bluetooth or Wi-Fi?

Let’s jump right into how the HomePod communicates. The HomePod Mini uses both Wi-Fi and Bluetooth, but you can’t use it as a Bluetooth speaker replacement. For those applications, you’re better off using a product like the Sonos Roam (on Amazon). The HomePod Mini, unfortunately, needs an Apple device to work.

But why is this? If the HomePod uses both Bluetooth and Wi-Fi, what gives? Well, it's just not Apple’s prerogative to make products that work with other brands. Call it marketing to make you buy more Apple products, or call it innovative technology to get the best of both wireless connectivity worlds.

Basically, your HomePod can access Bluetooth via Apple’s HomeKit for smart devices. It can sense new devices that come close to the products using Bluetooth. For the most part, though, the HomePod relies on Wi-Fi to do most of its audio streaming.

It uses AirPlay to utilize your wireless network to communicate across devices. So to say it can just use both for any situation is false. It uses Wi-Fi for music and connectivity for audio sources, and it uses Bluetooth to communicate to other smart devices.

Unfortunately, you can’t just add this feature to the HomePod easily. In short, the HomePod can’t act as a straight Bluetooth speaker, only one that uses your Wi-Fi network (more Bluetooth devices in our guide). You can only connect using this method with another Apple product, like an iPhone or Apple TV 4K (on Amazon).

Using the Apple HomePod Mini as a Bluetooth Speaker

Apple designs its products to work with each other seamlessly. One downside to this approach is that it means that it won’t work with other brands easily. While this might not seem like a feature of Apple, in reality, it means their products work better because they don’t need to make things universal.

To clear things up, even more, the HomePod doesn't use Bluetooth to transfer audio signals. It does not have the codecs needed to decode audio information for playback. HomePods use AirPlay, which uses Wi-Fi. So can you use the HomePod as a Bluetooth speaker? By now, you should have an idea of the answer — which is no. It has Bluetooth hardware to communicate with HomeKit devices, but it does not support audio playback.

But before you start searching for a new Bluetooth speaker setup, there is another option you can explore. It’s a bit of a workaround and has its own issues, but if you are dying to stream over Bluetooth, it might be your only option. One caveat, though, you need an Android device.

Using AirMusic to Stream to a HomePod

One thing you can do to stream music is using an app called AirMusic. The first thing, though, this is not a Bluetooth fix. Rather, the app uses your Wi-Fi connection as a bridge between your phone and the HomePod. How to stream music via AirMusic:

Keep in mind that not all music apps work with AirMusic. It is in no way a suitable replacement for a proper connection. In a pinch, though, it can work. You might need to do some troubleshooting, though. Another thing to keep in mind is that this is a paid app. Since it won’t work with some applications and devices, it’s worth using the free trial to see if it’s right for you.

Connecting via Bluetooth and the New Handoff Feature

While you can’t use your HomePod as a standalone Bluetooth speaker, there are some other nifty things it can do. One such feature is called Airplay Handoff. Basically, when you get close enough to your HomePod with an Apple device that is playing audio, it will prompt you to hand over the audio stream to the speaker.

The feature is fairly new and certainly has some bugs. But overall, it’s a great feature that can allow for streamless audio handoffs without any breaks. To get started, you’ll want to make sure your iPhone or iPad has the handoff function enabled. All you need to do is:

From here, it's easy to handoff the audio signal. All you need to do is be close enough to the HomePod for the Bluetooth HomeKit connection to the bridge. When this happens, you’ll see a little status bar at the top of the screen.

It will ask if you want to switch over the audio source. Once you do, you’ll now have the controls for the audio. It’s as easy as that. Keep in mind that the handoff feature is still being tested and needs a little work before it is as seamless as other Apple features.

The HomePod Mini is a great little speaker. It can pack a wallop and come loaded with tons of features. When it comes to Bluetooth connectivity, though, it falls a bit short. While you might guess you can use the device as a standalone Bluetooth speaker, you’d be wrong.

While there are some clever workarounds, if Bluetooth audio is what you are going for, you’re better off with a speaker like the Bose SoundLink II (on Amazon). If you already have some Apple products, like an iPhone, then connecting is a breeze. Additionally, Apple has come up with some very intriguing features like audio handoff. But you just can’t use a HomePod Mini like a regular Bluetooth speaker when it comes to Bluetooth.