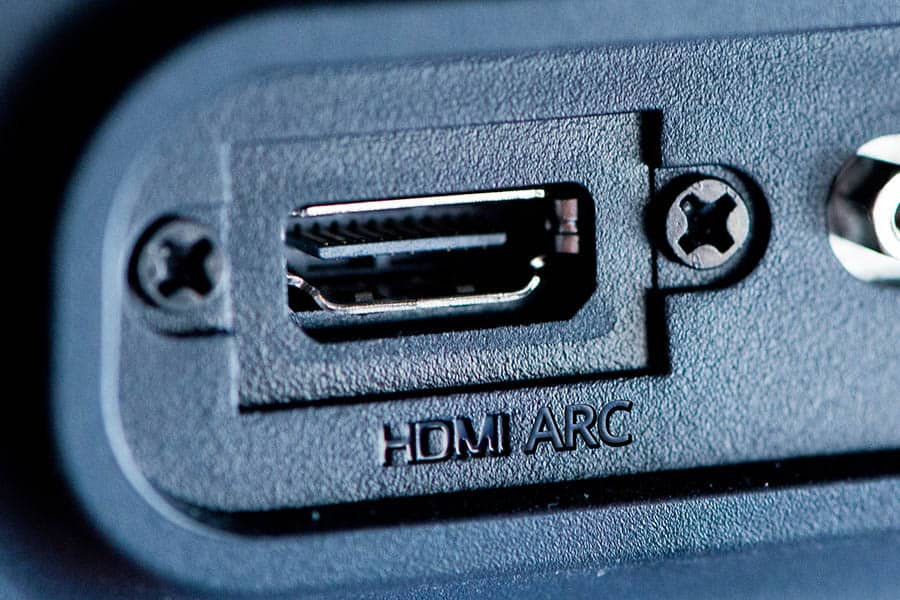 How to Tell If Your TV Supports HDMI ARC

HDMI is the best way to get high-definition video from an input device like a Blu-ray player, Playstation 5, Xbox One X, and other devices. Since HDMI became a standard connection in the early 2000s, it has gone through a few updates to make it even better and more useful. One such feature is HDMI ARC to supports audio through a single channel. However, not all TVs and input devices support ARC, so it can be tricky to learn if your devices support ARC.

To determine if your TV supports HDMI ARC, you can look at the HDMI ports on the back of the TV. If an HDMI connector is labeled with “HDMI ARC” or “ARC,” the TV supports it. Additionally, if your TV was made after 2009, it's likely that it will have HDMI ARC.

How to Tell if Your TV has HDMI ARC

As mentioned earlier in this article, determining if your TV has HDMI is not too difficult. However, depending on the ease of access to the back of your TV, it might be just as tricky as finding some change that fell under your car seat.

To see if you have an HDMI ARC port, you will need to have visual access to the back or side of your television. This can get tricky if it is wall mounted. If you can squeeze your phone between the wall and your TV, take a picture or video of it with the flash on. With this phone behind the TV method, you might be able to see the ports better without having to fit your head in a tight spot.

The Benefits of Using HDMI ARC

HDMI ARC doesn’t just sound like a super high-tech version of HDMI; it is. However, it may not be what you think. ARC stands for Audio Return Channel, and it allows audio to be transferred to and from external devices along just one cable.

HDMI ARC is especially useful if you have more than one device you would like to use with your external soundbars or surround sound system. If you have a smart TV that you watch Netflix through, the audio will play to the soundbar or A/V receiver. Additionally, if you have a gaming console, streaming stick, etc., you can just connect it to the TV, and it will also be able to play through your soundbar or external speaker system.

In the above example, you never have to switch cable nor use an input selector. It simplifies your audio connection by being the only audio connection that works for all cases- so as long as the devices are plugged into your TV’s HDMI inputs. Another benefit of using HDMI ARC is that you control the audio and volume with a single remote. Also, the speaker system turns off with your TV too, leaving you with one less electronic to remember to turn off.

Special HDMI cables are not needed for HDMI ARC. All HDMI cables support ARC. Yes, ARC works on your standard, everyday, run-of-the-mill HDMI cable. No special version is needed. If an HDMI cable is marketed as “ARC compatible,” it's just a gimmick. Go with the lower-cost alternative because they will support ARC the same way.

Is it Worth it to Pay More for HDMI eARC?

Some newer smart TVs, like the Samsung 65-inch FRAME Smart TV (on Amazon), have HDMI eARC, which is HDMI ARC’s newer, younger brother. The term “eARC” stands for Enhanced Audio Return Channel, which essentially performs the same function as ARC.

Unless you are a serious audiophile, paying a lot extra on a TV just for eARC might not be the best decision. However, if you want the best audio experience possible and don’t mind spending the extra cash- go for the “enhanced” experience!

The Differences Between HDMI ARC and HDMI eARC

Most televisions these days have HDMI ARC or eARC capabilities. Since ARC became standard on almost all TVs and TV audio systems in 2009, there is a very high chance you have at least ARC compatibility if you bought your electronics after that date. There’s an even higher chance you have HDMI ARC or eARC if you have a smart TV since they weren’t too mainstream and widely available/affordable until the mid-2010s.

So, there’s HDMI ARC and eARC; what are the differences? We know that eARC is “enhanced” and newer, but what exactly does that mean? The eARC is the newer audio connectivity feature that was released with the HDMI 2.1 specification. Basically, it increases the bandwidth and speed of transferred audio. Additionally, it’s more automated than eARC, meaning you’ll have fewer settings to toggle than ARC. For the most part, eARC is just “plug and play.”

If these audio terms sound like gibberish to you, chances are you don’t have an ear for high-quality audio. If that is the case, you’ll be just as happy with ARC and eARC and shouldn’t pick your device just on eARC/ARC compatibility. Lastly, HDMI eARC supports more audio functions than HDMI ARC. Here's a brief summary of some of their capabilities: