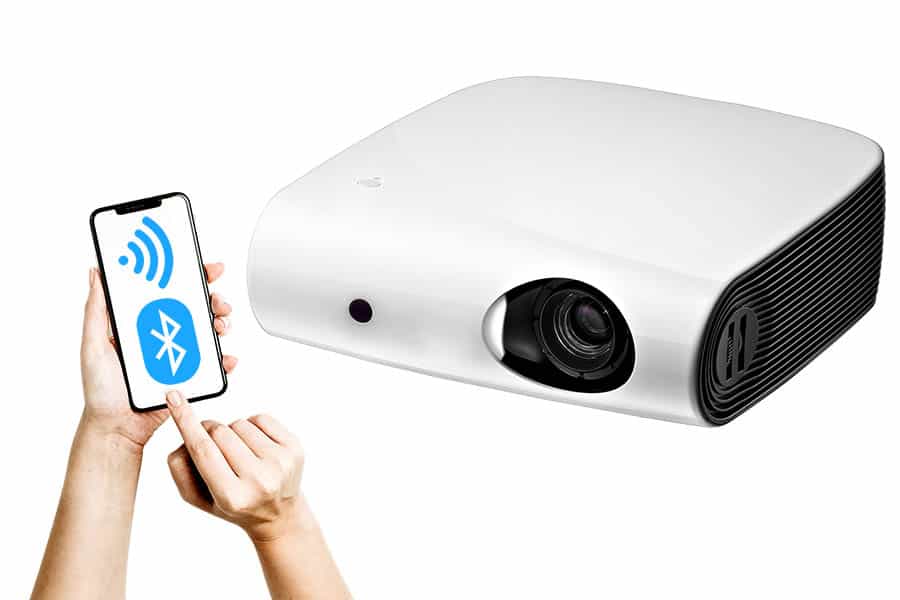 If you’ve finally taken the plunge into installing a projector for your home theater, the next problem you need to solve is how to get what you want projected on the screen. Especially if you don’t have a dedicated content streaming box, this can be a sticky problem. It’s nice to cut out an entire component of the system and use the smartphone you already have to run your projector with streaming services, but how do you actually connect them?

To connect your Smartphone to a Projector:

It seems pretty simple, right? Most of the time, it is. But what about if you want to play games, or if your phone isn’t on the right platform (like and Android phone trying to use an Apple TV)? Depending on what you’d like to stream, there are a few details you should be aware of discussed below, but with a little planning, it’s definitely possible to run your entire system from your smartphone.

Wirelessly Connect a Smartphone or Tablet to a Projector

If you want to control your projector with your smartphone, the easiest way is to pick one of the following streaming-box solutions. These are small, handy devices that can typically be mounted at the projector itself, and then worked remotely through your smartphone.

They may even have their own remotes. Features and limitations of the most popular options in this category are below.

Chromecasts have become such a handy device in the last year. You can pop them in your bag and take them with you, use them on your own TV at home to avoid any set-top streaming boxes, and, yes, you can even use them to run your projector.

As long as the projector in question has a USB that can supply the chromecast power, you should be good to go, with the following mix of features and limitations: 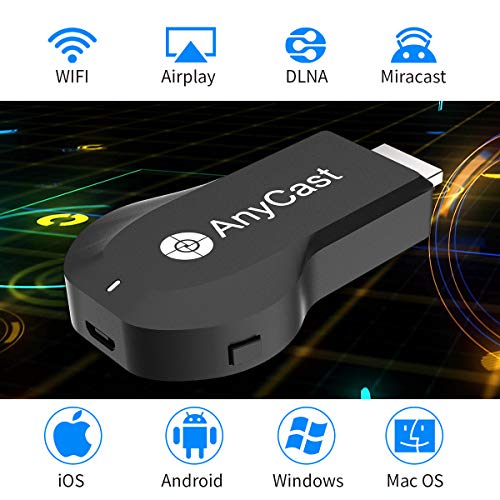 The Anycast (on Amazon) system is a lot like Chromecast, but with a few critical differences. First, this device isn’t coming from a behemoth company like Google, and that shows when reviewing the roughly-translated product description and lack of robust, universal compatibility.

But, where the Anycast may come off as a kind of knock-off or off-brand Chromecast, it actually starts to reveal its secrets. Where the Chromecast is optimized for everything–specializing in allowing you to get anything from one screen to the other, Anycast focuses on the phone first. This can be critical if you’re trying to run the whole system from your smartphone or tablet.

A wireless HDMI kit is also a good option to solve the projector problem. Just as the name suggests, you get wireless and HDMI, but there’s a little more to the story if you’re trying to run your projector off your phone.

A Wireless HDMI Kit has two components: the transmitter and receiver. The receiver can live at the projector, minimizing wires and allowing you to go wireless, but the transmitter–that will have to be hooked up to your phone. 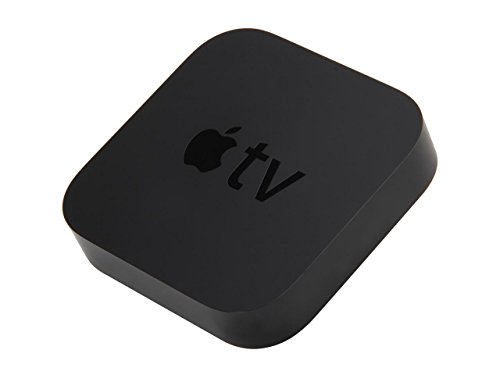 The Apple TV (link to Amazon.com) has a lot going for it. The quality of the hardware and software meets Apple’s standard of polish and general non-bugginess. That said, you certainly pay a premium for this option when compared to the others listed here.

In the scope of your home theater and the cost of the projector, though, it’s not that bad. As far as a streaming solution, though, the Apple TV has a lot to talk about.

Directly Connect a Smartphone or Tablet to a Projector

But what if you don’t want to use any streaming boxes at all? What if you want to physically connect your smartphone to your projector? If your projector is mounted on the ceiling, this solution might be more trouble than it’s worth.

That’s because connecting directly to the projector will require some kind of cable or physical linkage, and although you can technically hide the cables by planning ahead and pulling them behind walls, etc., that is going to be a real pain.

That said, there are circumstances where connecting to the projector can be helpful, and even handy. If you’re presenting in a business setting, or over at a friends house, and you’ve brought your own projector, then you’re probably going to be placing it on a table or somewhere that it’s not hard to reach. In that case, it will be easy to use a shorter cable to make the connection.

There also may be cases in which you’d like to stream content from your phone directly, not through a streaming service, because you either don’t have access to wi-fi or you just want to put on content that is only on your phone (a video you shot, for instance).

So, as it goes with many home theater options, now that you’re aware of the options, you should consider what you want your system to do before you take the next step. Do you want to stream from Netflix and Hulu from an Android phone? A Chromecast is probably your best bet then.

If you want to be able to pull up your own iPhone pictures and videos in a seamless way, or if you want to play iPad games on the big screen, Apple TV will be the most seamless option.

If you have an Android phone that has all your favorite movies and shows stored directly on the hard disk and want the ability to stream them whenever you want, then it may be best to use an HDMI Kit or hardwire your phone right to the projector, but be aware you may need a separate dongle for that.