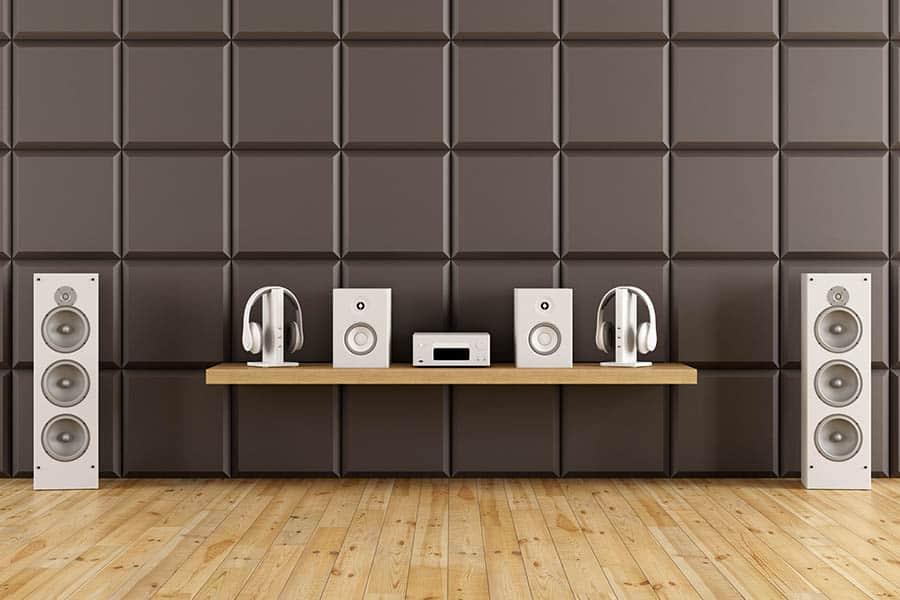 When it comes to audio quality, where every upgrade seems to involve understanding the nuances of connector types and advanced format standards, it’s surprising to find a piece of hardware that can improve your system but doesn’t even need to be plugged in. But acoustic panels really can make a big difference.

Acoustic panels improve the sound quality of your existing speakers by reducing the amount of sound waves reflected off the walls. They can be extremely effective with even a few panels, as long as they’re placed correctly.

If you’re building a home theater, doing any kind of audio recording of music (or maybe for a podcast), or if you’re simply trying to figure out if there’s an option to address a noisy office environment, acoustic panels are the right tool for the job. First, let’s take a look at the problem in detail.

The Problem: Too Many Sound Waves

If you’ve ever heard the difference between cheap speakers and even a modestly priced soundbar or surround sound speaker system, you know how much of an impact some proper speakers can have. It’s one of the best investments you can make in your audio setup. But there is one unintended consequence of adding more speakers: you now have more soundwaves to deal with.

Especially if you’ve sprung for a system that has lots of speakers pointed in different directions, you’re going to have a lot of sound waves flowing through the air than you ever have before. The only problem is that when sound waves cross other sound waves in the air, it affects those waves, shifting and changing them.

How Sound Waves Interfere With Each Other

The effect of waves crossing is normally really small. After all, if you’re talking at the same time as someone else, you can still hear each other and make out the words, but if you add another couple of people, it quickly becomes hard to understand what’s going on.

With large speaker systems, all the speakers fire simultaneously, so it’s like one person talking, but when all the sound waves keep going, they hit the walls and bounce off. Then these waves are reflected back into the room, but the speakers are still firing: it’s like two people are talking over each other. Then all the sounds keep bouncing even more, and the sound quickly becomes a mixture of all the reflections.

You’ll still be able to hear the main sound clearly, but all the other sounds bouncing around reduce quality. It may put you in a situation where your speaker system sounds great at low volumes–after all, it has all those channels–but turning it up degrades the quality and starts to sound off.

Similarly, if your goal is to have a quiet space with no sounds bouncing around because you’re recording music or dialogue, you’ll need to actively manage and absorb that sound to increase the quality of your recording. 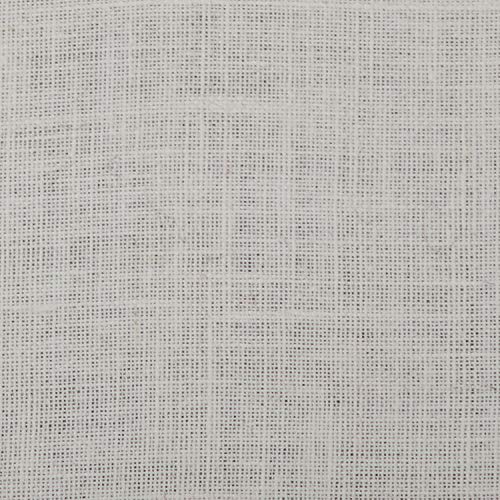 We have another article detailing all the ins and outs of acoustic panels, how they work, and everything else you need to know, but for now here are the basics: Acoustic panels are made of foam that traps the sound waves that hit them. They usually have a fabric covering to make them more aesthetically pleasing, although you might see some bare panels in places like recording studios where cosmetics aren’t as important.

Acoustic panels are made of materials like dense foam, wool, or acoustically useful insulation materials like fiberglass or denim, that allow sound inside, but not out. And if you have seen bare foam panels before you’ll notice that some of them have jagged triangular shapes cut into the top.

These geometric shapes act as a sort of funnel for the sound waves, which bounce back and forth down them until they’re channeled into the foam itself. When you have acoustic panels placed strategically around your space, the panels act to absorb the sound waves in the air after they’ve already been heard by you, but before they have a chance to bounce off the walls.

This is important because when the sound waves aren’t controlled, they bounce all over the place, crashing into other waves as described above.

How Effective Are Acoustic Panels? 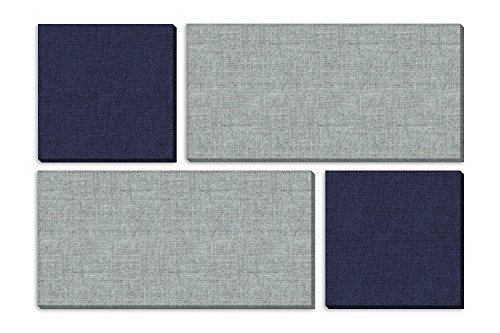 Acoustic panels are very effective at managing sound waves for you. They eliminate that reflected, unwanted sound automatically. But there are a few details you have to get right to get the most out of acoustic panels.

Ignoring the fact that they are different rectangular sizes (so they have different surface areas) you can note that the difference in thickness is extreme. The ADW panels won’t have nearly as good of an effect with their 1 inch thickness. We recommend using panels that are at least 2 inches thick to get the most bang for your buck.

To do it right, you’ll need at least one acoustic panel per speaker, and maybe more. A good rule of thumb is to shoot for coverage of at least 20% of your open wall space. But if you can start with fewer, so long as you put them in the right spots. And for studio-quality sound absorption, you should be thinking in larger numbers like 50-100% coverage, depending on the quality you need. 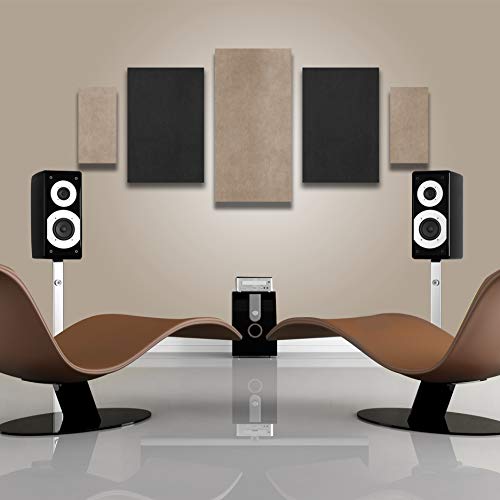 If you think about the sound waves leaving the speaker, it’s clear that they’ll be aimed at you–the listener–but the problem is on the other side of you: when the sounds from the speaker keep going and hit the wall, bouncing off. So, you’ll need to position acoustic panels in the spots where most of the sound is bouncing to get the best effects.

This means that you’ll likely need a few panels on the wall behind your setup to capture sound from front-firing speakers. If you’ve added two channels of surround sound behind a viewing area, then those sounds will most likely need to be addressed with at least two acoustic panels at the front of the room, one for each speaker. And these can likely be placed near the corner on the sidewalls of the room.

Next, if you have a subwoofer, or even two, you’ll want to get a bass trap and put it in one of the corners. Thankfully, bass sound waves are not as directional, so you can put the bass trap in any corner.

From there, you can add more panels to make the room sound better wherever you think is best, but be sure to think about where the sound is actually bouncing from. It makes more sense to cluster panels at locations across from speakers than to scatter them.

If your sound system is so big you run out of wall space, don’t be afraid to put acoustic panels on the ceiling to really soak up all the bouncing waves. If you’re trying to outfit a music studio or podcast recording space, you’ll want to get as much coverage as you can.

What All This Means for You

It’s clear that acoustic panels can be very effective at controlling sound waves in your space. They can get you the most bang for your buck from that advanced stereo speaker system, or make sure that you’re music and audio recordings are crystal clear. But there are a few details you have to get right.