Soundbars are common components in home entertainment systems that can give you cinematic quality audio in your home. Music is crisper, clearer, and it simply sounds better with the component, but some users wonder if it has the same effect on the dialogue and other background sounds. Simply put, it will have a positive effect, especially if you’ve mounted it properly with our guide.

Do soundbars help with dialogue? Most soundbars will drastically improve audio quality, including dialogue, compared to a TV’s built-in speakers. However, there are a few things you want to pay attention to before going out and purchasing one.

Adding a soundbar can improve both audio and dialogue, but it’s worth explaining why it makes such a tremendous difference. If you’re serious about upgrading your home entertainment system, including the audio, then getting a soundbar is definitely something you won’t regret. While many TVs have adequate speakers, a soundbar, such as the Samsung HW-T450 (on Amazon), will be a big improvement.

Soundbars are components that are designed to improve the audio quality produced by other devices. The long, slim bar is comprised of several speakers that are placed in specific positions to produce surround sound. A soundbar accomplishes this by using a unique channel for each speaker. There is a separate channel for the front right, front left, the center, and for right and left surround sound.

The small speakers in the soundbar bounce the audio off of the walls so the sound is equal throughout the room. There aren’t any dead areas where it might be difficult to hear some sounds, regardless of the volume level. When you’re listening to music, bass will sound deeper and richer, while higher frequencies are crisp and clear. Soundbars will also improve dialogue quality, making it easier to hear the words and phrases.

Why is Dialogue So Quiet Without a Soundbar? 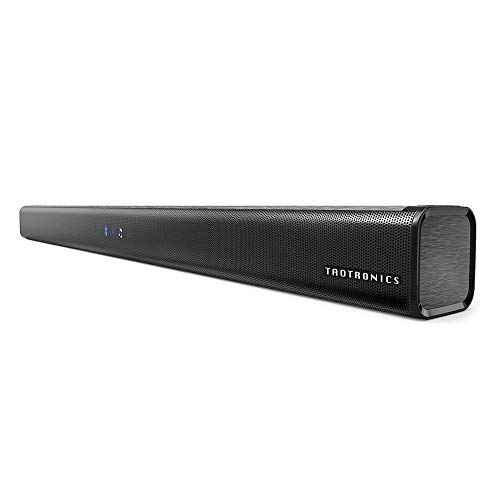 It’s not uncommon for dialogue to be quieter than the music and sound effects in your TV shows and movies. Turning the volume up will make it easier to hear what the characters are saying until you’re blasted with loud sounds a few seconds later. Constantly adjusting the volume on your television is annoying. You can always turn the captions on, but this can make it difficult to watch the show and read at the same time.

The reason your TV has volume swings is due to its speakers. Unlike soundbars that use separate channels for each speaker, TVs often only use two. When sound is limited to only a couple of channels, action scenes can be too loud and dialogue difficult to hear.

Some televisions do come with a “night mode” setting that can help minimize the wild volume swings, but it still doesn’t help improve audio quality. Instead, it only limits how loud the action scenes are, so you don’t have to worry about disturbing others. When it comes to dialogue, it will still be difficult to hear.

Benefits of Using a Soundbar

When you want to boost audio quality, there are a few options. You can spend money on multiple speakers or simply purchase a single soundbar like the TaoTronics 3 EQ Speaker (from Amazon). You will save money with a soundbar, without sacrificing audio quality. Additionally, setting up a soundbar even with a projector (our tutorial) is easier than connecting multiple speakers since there is only one component to install.

If aesthetics are important to you, the single cable on a soundbar will look neater than having several speaker wires snaking throughout the room. This makes it easier to move in case you have to as well because you won’t have any problems disconnecting the soundbar and setting the system back up in your new home.

Most soundbars are also Bluetooth compatible, so you can listen to tracks from your smartphone, MP3 player, tablet, and other devices. Your music will sound well-balanced whether it’s a high, low, or medium frequency. It also applies to dialogue whether the character has a deep, booming voice or speaks higher and quieter.

How to Install a Soundbar 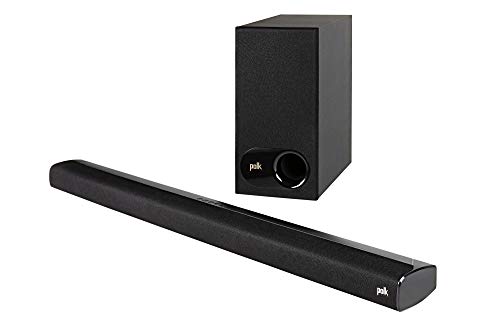 It’s simple to connect a soundbar to your television or home entertainment system, in fact, we already have a guide on it. It’s almost ready to go as soon as you take it out of the box. For most TVs, you shouldn’t need to purchase any extra cables. The soundbar, which can also be connected to a turntable (our tutorial), usually comes with one that connects to the HDMI-Arch port on the television. Simply place the soundbar within reach of the TV (but not behind it as we explained here), connect the HDMI cable, and run a test to ensure it is working.

To test the soundbar, turn on the TV and listen to see if the dialogue is clearer and easier to understand. If you can’t use an HDMI cable, you have other options including a coaxial or optical cable. Before you decide on one, you want to check your TV’s. Almost all support an optical cable, but not every TV has an output for coaxial. Once you have the right cable, connect the soundbar to your system which may even include specific devices like Echo Dots (our set-up guide), and test to see if there’s an improvement in dialogue quality..

As you can see, you can improve dialogue quality on a TV by connecting a soundbar but also your computer as well (our guide). The component is easy to install, and you can connect other devices like gaming consoles, stereos, and DVD players. Adding a soundbar is often the least expensive way to stop wild volume swings, while also improving how the audio sounds on every part of the frequency spectrum.