You’re ready to start watching movies and playing games on your projector. With the promise of bright, immersive 100” images it’s understandable that you want to turn the projector on and use it immediately. However, you might have to wait a few seconds for the component to warm up, or do you?

Projectors do need to warm up before they can produce bright, detailed images, and it also helps to extend the bulb life. There are a few reasons why projector bulbs need time before they work at their optimal performance.

As it was just noted, it’s important to follow a warm-up process anytime you use a projector as a screen, regardless of what you’re using it for, a movie, or a video game – which we already have a guide on here. Contrary to what some might believe, there are very good reasons why you should wait to start using it after having turned it on. Many of these are related to the inner components of the bulb.

Why Projector Bulbs Take Time to “Warm Up”

Less expensive projector bulbs are known to short-circuit when it doesn’t have a few seconds to prepare. Higher priced projector bulbs might not immediately give out, but skipping the wait will significantly shorten its life. The warm-up function on your projector has another purpose as well, including for colors.

It takes a few seconds for a projector to establish accurate colors. When the component is only at room temperature, images from the connected devices aren’t as bright, sharp, or clear. Projector bulbs not only need a preparation phase, but they also need to cool down as well, which we’ll explore in the sub-section below.

Why Projector Bulbs Need to Cool Down

Allowing your projector to cool down will extend the bulb life, and manufacturers thought of this in the component’s design. The control feature ensures that a projector bulb will provide thousands of hours of light so consumers don’t have to worry about changing it out for several years.

Unless you have an older model projector, it only takes 30 – 40 seconds for the lamp bulb to warm up. It’s the same for the cool-down period. Even though it doesn’t take long, it’s easy to get impatient and rush through it anyway. Trying to use a projector before the bulb has completely turned on will result in images that are difficult to see.

Colors are faded, details are blurry, and images on the screen can look dark and murky. After a few seconds, the picture quality will improve, but the bulb’s lifespan has shortened. When you skip the cool-down function, you risk damaging the bulb and possibly the projector as well. If you’re in a hurry to move the component to another room, it’s easy to instantly cut power by unplugging the projector from the outlet.

The bulb will instantly “go dark”, but you’ve skipped an important control step. Put simply, there are a lot of things you should know before using a projector, otherwise, you may find yourself unnecessarily burning through bulbs and other components. With that in mind, there are a few things to look out for when a bulb actually dies.

What Happens When a Projector Bulb “Dies”

The warm-up and cool down functions are in place to extend the bulb life. Changing a lightbulb out of a lamp is simple. You unscrew the old, burned-out bulb and replace it with a new one. It’s not this easy when it comes to projectors. Often, the manufacturer is the one that replaces the bulb. Not only do you have to pay for the new bulb, but also the cost of shipping your projector back to the manufacturer.

There are also local repair shops, often at chain electronic stores. You won’t have to pay for shipping, but there are still labor and bulb replacement costs involved. In other words, changing bulbs can be a costly nuisance, so it’s probably just a better idea to take better care of your equipment so it lasts much longer.

How to Know When You Need a New Projector Bulb 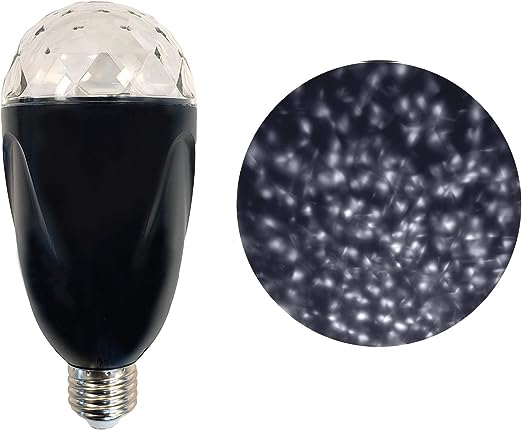 The main way of knowing that it’s time to get a new projector bulb is if the lamp isn’t producing any light at all. In this case, you know it’s definitely time to take it back to the store or the manufacturer. With that said, there are a few other ways to see if the bulb is on its way out as well. We’ve listed a few of them down below, and also in our other article on the same subject.

If you turn the projector on and hear a “popping” noise, it’s probably the sound of the bulb going out. If after several seconds the projector lamp still hasn’t turned on, it’s time to start looking at replacement bulb options.

Most newer model projectors like the Optoma HD146X (on Amazon) will send an alert when the bulb is nearing the end of its life. It can be anything from a small indicator light on the projector to a warning message appearing on the screen. Once the bulb is replaced, make sure you reset this function so you’ll receive future warnings.

If images aren’t as crisp and bright as they were originally, the projector bulb might be starting to dim. It’s an early warning sign that the bulb needs replacing. If you let it go too long, the next step is the popping sound that indicates the bulb has died.

One of the advantages of using a projector is image clarity. However, when you notice colors starting to look muted and blurry, the problem is probably with the projector bulb. It’s not capable of producing enough light to give you the amazingly clear images you’ve come to expect.

If the projector hasn’t been damaged and images are flickering on-screen, the lamp bulb is getting ready to go out. It might last for a few more months, but you will notice a continual worsening of image quality.

Home theater projectors come with bulbs similar to those found in lamps. Like lightbulbs, these do burn out but over a significantly longer period. Projector bulbs are designed to last for years, even if you use the projector daily for hours. The reason for the bulb’s longevity is it’s expensive and difficult to change. It’s not something most projector owners can do by themselves at home.

You can extend the life of your projector lamp bulb and save money on replacement costs. The easiest and best way is to give the projector time to warm up and cool back down when you’re done. It only takes a few seconds and you’ll be glad you waited when you have consistently bright and vivid images on the screen, more importantly, for a much longer time as well.