The Home Theater DIY > Receiver/Amplifier > Can You Damage Speakers by Under Powering Them? 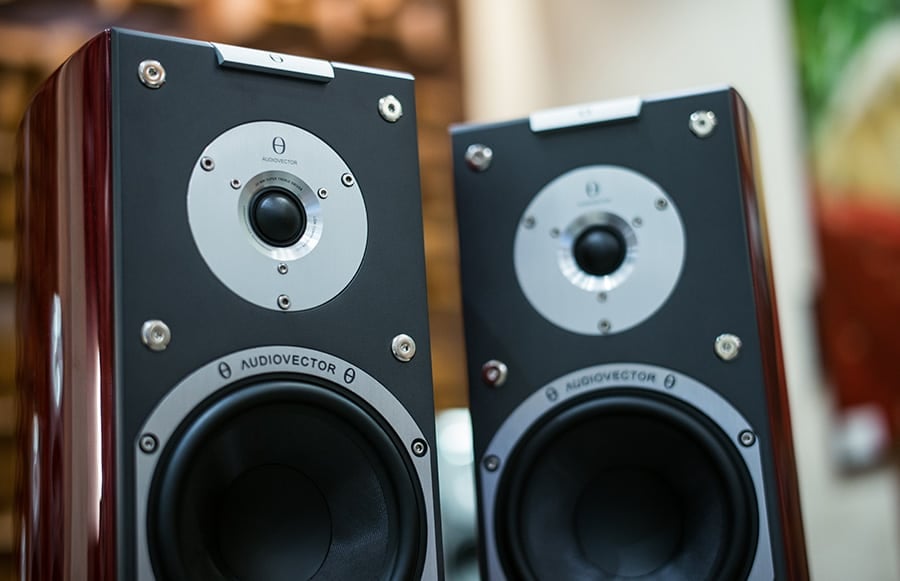 Can You Damage Speakers by Under Powering Them?

There are a lot of numbers, components, and various specs that go into creating the perfect home theater system. If you're looking to build or upgrade the sound component of your setup, confusion around speaker and amplifier power ratings can be confusing. And a quick search turns up competing for information on multiple forums. I can assure you, though:

No, you can't permanently damage your speakers by under powering them, but by not delivering the appropriate amount of power to the speakers, the signal may be disrupted leading to audible distortion.

And just so we know we're on the same page, "under powering" here means no pairing an amplifier with a speaker properly based on their rated wattage.

How to Figure Out if Your Setup is Under Powered

If you already have both a set of speakers and an amplifier, their ratings should be on their product page or printed on the devices themselves. Or, if you're currently planning your speaker setup (maybe after reviewing our guides on speakers and amplifiers or how to select the right speakers), you may be wondering how to spot this under powering problem.

For example, if you picked up a pair of Klipsch R-41M 200 watt Home Speakers (on Amazon), as well as the Gravity GBR250.2DM 300-Watt RMS Ultra Compact 2-Channel Amplifier (also on Amazon) to go with them. Although the speakers are rated for 200 watts each, the amplifier is rated for 300 watts total, or 150 watts per channel.

In this case, these speakers would be under powered. It won't damage the speakers, but it may make them sound damaged by clipping the sound waveforms that are delivered to them from the amplifier. But what does all this tech jargon actually mean to you and your speakers?

Imagine driving down the road on a hot, sunny day – windows down, music playing. As you come to a stoplight, the car beside you cranks their music up. At this level, the sound becomes extremely distorted, sounding muddied and unclear. This is what an audio signal "clipping" sounds like.

Soundwaves typically travel in sine waveform, with rounded peaks and lows. However, when an amplifier is pushed too hard, it creates a type of distortion referred to as “clipping”. When this occurs, those rounded peeks are abruptly leveled off into flat waveforms instead.

If that's a little hard to picture for you, try this: picture an indoor wave pool. Now, imagine the wave generator's power is increased. The waves in the wave pool get higher now. Eventually, with enough power, the waves would hypothetically get so high that they hit the ceiling, and that flat ceiling would "clip" the top of the wave.

That's a bit of a strange example, I know, but maybe it helps you picture what's going on. The harder the amplifier is pushed beyond what it is supposed to handle, the more the sine wave gets flattened out and "clipped" by the limits of the speaker. And the reverse is true: if the power is too low, a wave has trouble forming at all.

How This Impacts Speaker Voice Coils

Your speaker contains voice coils. At high levels, when driven by a high-powered amplifier, these coils must handle a significant amount of current. As the current flows through these coils, it dissipates in the form of heat.

The speaker cone vibrates, which then helps to cool the coils based on the airflow created by the vibration. Clipped waveforms often lead to less vibration of the cone, preventing the creation of that airflow.

With too much power, the coils get hot faster than the cone's airflow can cool them. With too little power, though, the coils don't overheat, but they don't have a good enough signal to generate sound that isn't distorted.

Even if your speakers are able to support three to four times the power being provided, a signal clipped from low amplifier power will not damage them. Extreme clipping is actually more likely to damage your speakers when powered by an amplifier that meets or exceeds the speaker's requirements.

There are plenty of myths regarding power, speakers, and other home theater components. However, there are a couple that can be hard to find the answers to when performing a simple search. The two biggest myths I find when trying to evaluate power levels relate to sudden, intense cone vibrations and high-frequency content.

When the waveform becomes clipped, it creates sharp corners at the edges where the clipping occurred. For a long time, audiophiles believed these edges caused a harsh redirection to the cone within the speaker. Then, it's thought, this sudden stress could cause the cone to tear.

Cones require a specific level of force to move and the soundwave is unlikely to affect this in any way. Furthermore, sudden changes in tone happen all the time in music and dialogue.

For example, in your favorite action movie, you may have a scene where the hero is whispering to their partner when a sudden loud explosion occurs. If waveform affected the cone’s movement, these action scenes would destroy speakers constantly.

Clipped waveforms do create harmonic frequencies that are different from those created by a sinewave. However, damages caused by high-frequency content are not the fault of the waveform itself. These damages typically occur due to human influence.

In other words, someone who plays his or her music too loud will do so regardless of whether the sound is clipping. It is this action that damages the drivers, not the clipping itself.

So, by now it's clear that under powering your speakers won't hurt them, but it certainly isn't going to help them sound right either. Be sure to compare the rated wetted of your amplifier and speakers to make sure they match.