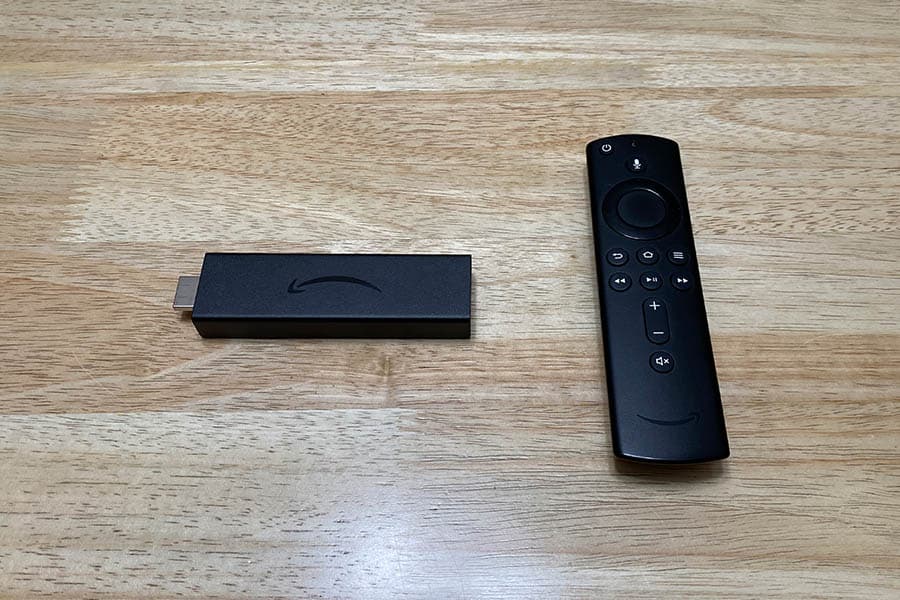 How to Control a Fire TV Stick without a Remote

The Fire TV Stick (on Amazon) is an incredibly handy device. In the streaming-stick world, the other competitors can’t really compete with the backend of Amazon, which allows all the apps you want as well as direct access to Amazon’s streaming video library. The Fire TV Stick even comes with a handy remote, although you don’t technically need it to control the device.

Methods for Controlling a Fire TV Stick without a Remote Control:

Maybe you lost the remote for your Fire TV in a move or, more likely, your dog discovered just how satisfying that soft-touch coating is to destroy. If you don’t have the remote that came with the Fire TV Stick, you can order a replacement from Amazon, but it may be easier to use one of these options to control the Fire TV Stick without the original, matching remote.

The Amazon Fire TV app is a great option for replacing your remote, or for if you’re feeling especially lazy and don’t want to get up to go find the remote. It’s a very simple, stripped-down app that gives you all the buttons you’ll need to manage video content, adjust the settings on your FireTV, and even use the phone’s microphone to ask Alexa questions, tell it to search for shows for you, or connect it to your soundbar (our guide) for better audio.

With just a swipe, you can control your Fire TV Stick from your phone's app (more on this in our other tutorial), meaning you don’t need to get a replacement if you use yours. On top of the obvious functionality of the app, you can also do more than just reproduce the experience of having a remote. You can manage your recordings, and in some cases (if you have access to live channels) you can even see what’s on those channels now right from the app.

The way the remote works is through WiFi, so your phone will have to be connected to the same WiFi network as the Fire TV Stick, so be aware of that. One thing the app can’t do is act as a remote for playing games. This is a bit of a bummer since most games on mobile devices have no problem using the touch screen for input and so you’d think it would be easy to reproduce those controls on the Fire TV App.

Alas, if you want to play games on your Fire TV Stick, you’ll have to get a dedicated video game remote controller for it. The good news here is that most modern controllers are compatible, from the more expensive Xbox Wireless Controller (on Amazon) to the lower-end (but still serviceable) PL-608 Mini Bluetooth Gamepad (also on Amazon). There is one killer feature of the app that’s worth mentioning: a full keyboard for text input.

Typing on your smartphone screen is way easier and faster than the single-character-select method that still hamstrings text input on most TVs. The App is worth using if you’re going to be doing much text input, even if you do have the original remote. If you have a new Fire TV Stick and you’re about to spend a half-hour logging into all your favorite apps, use the Fire TV App to streamline putting in all those usernames and passwords.

Use Your TV's Remote Control with HDMI CEC Enabled

A really neat trick would be to control your Fire TV Stick with the remote control that came with your TV, right? Well, luckily there’s a modern HDMI standard that aims to add this functionality into the HDMI system. It seems too good to be true, but if you have the right hardware this method can “just work” in a really impressive way.

We have a separate article on what CEC means in the world of HDMI, but the long and short of it is that CEC, or Consumer Electronics Control, is a standard which allows one of the pins on the HDMI cable to be used to transmit controls or user inputs up and down the HDMI cable.

So, if your TV has CEC enabled, and the HDMI cable is compatible (almost all of them are now), and the HDMI is going to another device with CEC capabilities like a Receiver or Soundbar, then there will be an unbroken chain of control from the TV to the Fire TV Stick. To set the system up this way, you’d connect the Fire TV Stick to the back of the receiver or soundbar that has CEC enabled, and then when you swap to that HDMI input, your remote should magically be able to work.

Not all the buttons will do what you expect, but the simple inputs like navigation errors, select, and back should all be able to allow you to navigate the system simply. Be sure to reference the above-linked article - CEC can go by several different names, and the most modern iteration is referred to as ARC or eARC, so, if you want to know if you can pull this off, look for HDMI ARC and HDMI eARC capable soundbars and receivers like we have on our guide in the 7 best soundbars with eARC.

Use a Compatible Universal Remote Control

There’s also the classic route of getting a universal control. This is a great option because you won’t have to figure out any HDMI standards like the above discussed CEC or otherwise be beholden to HDMI tricks to get the one-remote effect. Universal remotes are the original brute-force option of synchronizing all your devices to one remote, but how do you know if a given remote works with the Fire TV Stick?

The good news here is that compatibility is going to be listed on the product description, so you shouldn’t have to do too much digging to figure out an option that will work for you. There are some go-to options like the Logitech Harmony Smart Control (on Amazon), which will not only work with your Fire TV but is also expandable to your other home audio/video devices. TVs, receivers, soundbars--the works. This option also offers a pairing app that gives you a lot of remote control functionality on your smartphone as well.

There are more classic universal remote options which, unlike the Harmony that requires a hub, exist just as controllers. The Inteset 4-in-1 Universal Backlit IR Learning Remote (also on Amazon) is a great example. It can control your Fire TV Stick, but since it’s a more traditional controller it’s going to use an IR blaster to send its commands.

The Fire TV Stick doesn’t have an IR receiver built-in, but you can get an adapter (Amazon) that allows you to add this functionality, making this particular remote play nicely with the Fire Stick.

Use an Amazon Echo or Echo Dot (Alexa)

Then, of course, there’s the more obvious option of using Amazon’s other paired devices to control your Fire TV Stick, but a regular TV remote will work just fine as well as we've explained before! Since all of these devices link to your Amazon account and have the Alexa voice assistant built-in, you can simply plug in an Amazon Echo or Echo Dot (Amazon links) and dictate your commands like some kind of cybernetic god.

But seriously...these are incredibly useful devices in and over themselves, and so it makes sense that controlling your Fire TV stick is another trick added to the Echo line’s repertoire. This is probably the best solution if you’re already embedded in the Amazon ecosystem. But if the experience of having to shout to change the channel gets old, any of the above classic remote control options should help. 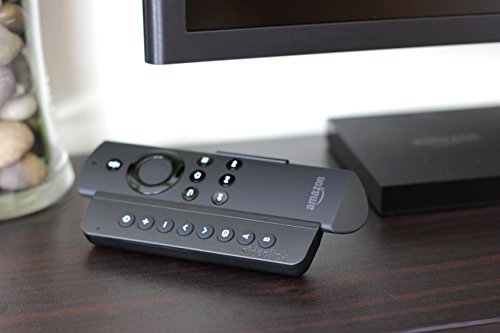 If you’re reading this article, you’re probably here because you want to know how to control the Fire TV Stick without any remote at all - but this discussion around remotes and the Fire TV wouldn’t be complete without a quick mention of the Sideclick Universal Remote Attachment (on Amazon). This really clever device clicks onto your Amazon Fire TV Remote and adds more buttons and more functionality.

It’s worth knowing about, because if you read this article and then choose to purchase a replacement Amazon TV remote, you may want to add the Sideclick for the added functionality. It’s designed to control your TV or Receiver, really any IR-based home theater equipment, in the same way, that a universal remote is.

It has an IR blaster and is super simple to set up and train with the existing remotes. So as you plan your next step in how to control your Fire TV Stick, be sure to quickly peruse Sideclick’s product page to see if it’s something you’d like.