The Home Theater DIY > Television > Can You Use A Smart TV Without The Internet? 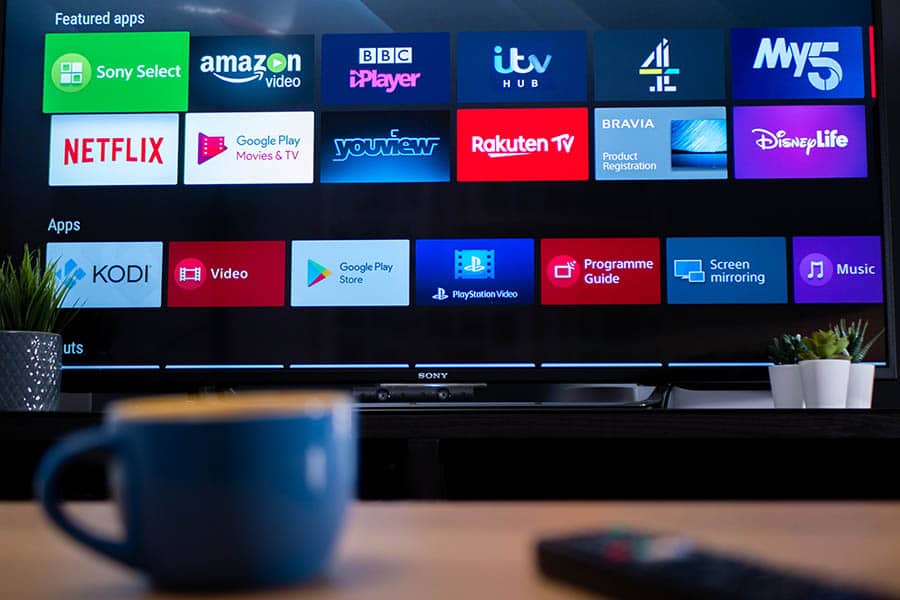 Can You Use A Smart TV Without The Internet?

It’s estimated that one out of every three homes has a smart TV, like this Samsung Flat 32" QLED 4K from Amazon, for example. However, not everyone has access to a Wi-Fi connection which may pose a problem. So does this mean that all you get is a blank screen when the TV’s turned on or if it’s not receiving an internet signal? In other words, it is even possible to use a Smart TV without the internet?

You can use a smart TV without the internet but it’s harder to access the content you want, especially from streaming applications that won’t work without a connection. Additionally, there are other features you'll miss that you should know about, should you try and operate a Smart TV without Wi-Fi.

As it was just noted, you can use a smart TV without internet but you’ll miss out on some of its features and capabilities. If you are using a smart TV and don’t have Wi-Fi, pay attention to what has been written below, because you'll get a better idea of what it can and cannot do without Wi-Fi, including download apps, and receive firmware updates among other features.

Using a Smart TV Without Wi-Fi

It seems like there’s not much you can do with a smart TV without Wi-Fi, however, this isn’t necessarily true. Don’t forget that you are getting impressive picture quality, and it’s a noticeable difference from a basic television. A smart TV also comes with plenty of ports so you can connect most, if not all of your external devices.

Even though you can’t download streaming apps without Wi-Fi, it doesn’t mean that you’re stuck with only local television stations. Take a look at the devices you have connected to the TV, you probably can still stream limited content. With a connected DVD player you can watch the latest movies on discs. It also applies to Blu-ray players and gaming consoles. You can also use a hot spot to connect the TV to the internet, but you want to watch out for data usage charges.

PlayOnPlus is a convenient function that lets you watch Netflix and other streaming content without an internet connection. Select the show or movie you want to watch with your Wi-Fi connected mobile device. If you can connect that device to an HDMI port, you can watch it on your smart TV. It’s similar to mirroring content from your mobile phone to another device.

How to Mirror a Phone to a Smart TV

If you don’t have a home internet connection but still want to stream content to your smart TV, you can use your mobile phone. It does require that both devices are compatible, along with an HDMI cable (more on HDMI in our guide). You’ll need to see if your phone and TV both have settings that allow the two devices to sync. If your smart TV doesn’t support this feature, you are often limited to local stations and DVD.

Not all Android phones allow mirror casting so check your devices first. If the television does recognize your phone’s internet signal, connect the HDMI cable to both devices. You will have a cord extending across the room from your handheld device to the smart TV, (and if it's not long enough, we have a guide on how to extend it) but you can watch the mirrored content. It’s not an ideal solution, but it will work as long as both devices support the function.

You can do a lot with a smart TV. Some require the internet, while others make enjoying movies, shows, and games a little more convenient. One of the best features of a Smart TV is the number of HDMI ports. On a standard television, for example, you usually only have a single HDMI port that is shared between all of your devices.

With a smart TV, on the other hand, you can connect everything from DVD players to soundbars - like the Sonos Five (on Amazon) - and gaming consoles. You won’t have to switch out connections every time you want to watch a movie or play a game which just might be the best part of using a Smart TV, other than the ability to stream content which brings me to the next point.

The number one feature of a Smart TV is the ability to download the same streaming apps you watch on your laptop or PC. You can watch Netflix, Hulu, or use other apps that don’t require an external device. Your smart TV is also compatible with streaming products like Roku, Apple TV, Chromecast, and Amazon Fire Stick.

If you decide to get rid of cable and concentrate on the less-expensive streaming apps, you’ll still have access to local television stations. You’ll probably need to invest in an antenna to pick up the station’s signal without cable, but it’s an inexpensive add-on. If you’re worried about having “rabbit ears” sitting on top of your smart TV, antennas are now designed to be sleek and discrete.

Some smart TVs, (and it’s becoming more common on newer models), come with voice-control capabilities. Instead of hunting for the remote, you can use voice commands to turn the TV on and off. You can also use your voice to adjust the volume and switch channels.

Another great aspect of smart TVs is picture quality. It doesn’t matter if you have the television connected to the internet since the improved picture quality is due to built-in technology. Images will appear brighter, clearer, with more accurate colors, even if the TV is using Wi-Fi. 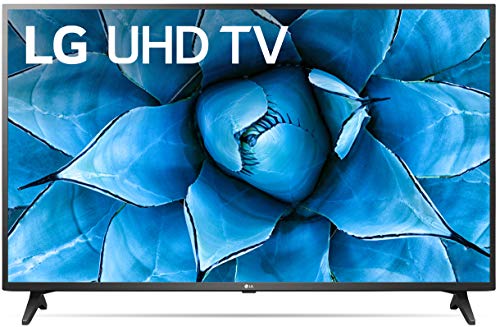 If you don’t have Wi-Fi, buying a smart TV can seem like a waste of money for a couple of reasons, although, if used correctly it doesn't have to be the case. It isn't necessarily true that a Smart TV, without the internet, is useless and we'll explain why in a minute.

Manufactures are noticing the popularity of smart televisions over “dumb” ones, or TVs without internet capabilities. This has resulted in a drop in prices, making smart TVs priced similar to standard models. Smart TVs are becoming more affordable, but without Wi-Fi, there are some features you can’t use until you have an internet connection and they are the following.

One of the advantages of owning a smart TV is the ability to access the internet and all of the streaming content that’s available online. If you want to watch a show on Disney+, Hulu, or YouTube TV, internet access is a must. Even if you purchase a product from an online streaming provider like Fire Stick or Roku, an internet connection is still needed to download the apps.

A smart TV is similar in many ways to your laptop or PC. It requires periodic firmware updates to avoid potential issues. Firmware updates occur when a new function is added to the TV or to fix a bug. Some of the reasons a firmware update is needed are to:

With a Wi-Fi connection, these updates are usually installed automatically. Without one, you won’t receive the updates but it doesn’t mean the television won’t work. Most of these updates are ones that improve the user experience on streaming content.

Nott every smart TV requires you to set-up an account but it is becoming more common. Without an internet connection, you might find it difficult to complete some of the set-up steps. Some TVs have a software update ready to be installed once the account is created, and without an internet connection, you can’t complete this step. Chances are you can still use a few functions without setting up your account, but there are often issues with performance.

Chances are you have some great content on your phone or another mobile device and want to watch it on your smart TV. Without an internet connection, this is a problem. You can try to use Apple’s peer-to-peer airplay or another type of direct connection, but the video quality is often comprised. There are also issues with slow internet speeds and data usage.

There are several methods you can use to watch content on your smart TV without Wi-Fi access. Some are simple like watching local stations with an external antenna or playing discs on a connected device. Remember, your smart TV comes with several HDMI ports so you can connect disc players, gaming consoles, and cable boxes. You don’t need Wi-Fi to watch cable channels.

You can also resort to using your phone as a mobile hot spot. However, if you don’t end up with data over-usage fees the network may slow down resulting in streaming interruptions. Even though you are slightly limited in what you can do with a smart TV, having Wi-Fi is not a prerequisite to use one.

It’s more difficult to find a “dumb” TV than it is to find a smart one. The prices between the two are also comparable, though a smart television is still a little higher. Without internet, you still get an improved picture and more than one HDMI port. This alone makes a smart TV worthwhile for consumers that don’t have internet.