Most people who own an Apple TV love it for a number of reasons, including its plethora of useful features in addition to the new ones that are being introduced by Apple all of the time. The only problem for many, however, is the remote. A lot of people wonder if it’s possible to replace the remote with a universal remote? Or do you have to use two?

You can use a universal remote on an Apple TV. While you can use a remote control to control an Apple TV, the set-up process for infrared and wireless are different from each other, and it’s worth learning about before trying to implement it on your own.

Put simply, you don’t have to keep track of two different remotes, one for the Apple TV and then the universal one for the rest of the components. A universal one should be able to control everything, however, there may be some problems when trying to set it up. More importantly, there are many different models to choose from, so make sure to read this article all the way through.

Best Universal Remotes to Use with Apple TV

Your Apple TV came with a Siri Remote and it does a great job of controlling the television. However, not everyone wants to keep track of a separate remote. The Siri remote also isn’t a favorite with many consumers which is another reason to find one that controls all of your components, including the Apple TV.

There are two types of universal remotes that can operate an Apple TV, along with other connected devices. Infrared remotes, one such example, are a popular option and a breeze to pair with your TV. The second type is the wireless or network options that are also easy to sync with the components connected to your entertainment system. 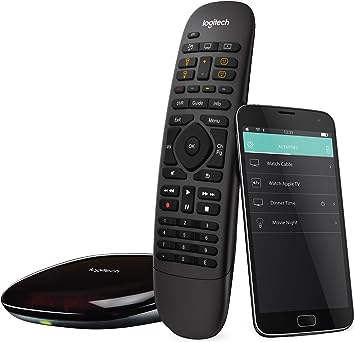 The Logitech Harmony Companion All in One Remote Control (from Amazon) comes with everything you need to operate your Apple TV and other devices. The package includes the controller, remote, app, hub, and a NextGen Pro wired remote control extender. Since it’s compatible with most devices, including your Apple TV, you only need to keep track of one remote.

The hub uses either infrared, Wi-Fi, or Bluetooth signals to control the connected devices. The included Harmony app makes it a breeze to program channels once it’s installed. The remote is also compatible with Alexa – among other devices like what’s explored in our guide – so you can even use it to control your smart home system, for example, you can turn lights on and off, and adjust the thermostat without getting off the couch. 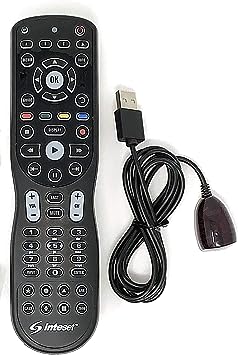 With the Inteset 4-in-1 Universal IR Remote (also from Amazon), there are very few devices you can’t control. The universal remote will operate your Xbox, Roku, Kodi, and other media centers, along with most streaming and A/V components. The remote comes preprogrammed for Apple TV which makes syncing the remote quick and easy. You’ll also appreciate the backlit buttons when you’re watching TV in the dark.

The buttons are labeled so you won’t have any problems switching between devices. The remote also comes with labels you can attach to the buttons so you can customize the remote for your specific entertainment system. Whether you choose an infrared or network universal remote, you’ll find it easier to control your Apple TV and other devices.

Connecting a Universal Remote to the Apple TV 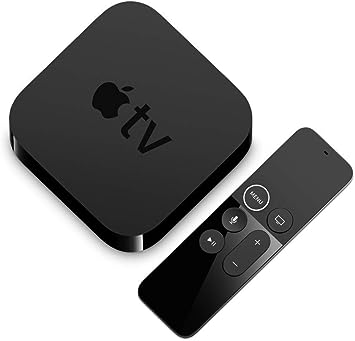 The steps to connect a universal remote are similar regardless of the type. Although, if you have a wireless remote, there is an extra step. Before you can start pairing the remote with your Apple TV, you need to install the accompanying app. Once this is done, you can follow the same steps used to connect an IR universal remote. 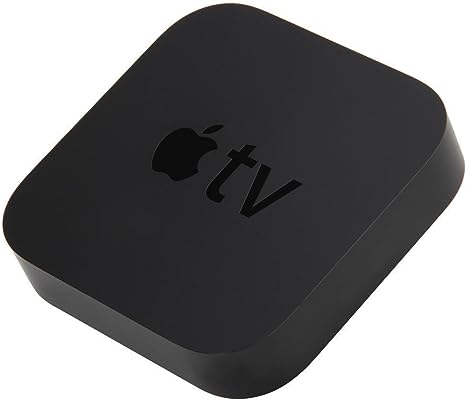 Even after following the on-screen instructions, ensuring the remote is turned on and making sure the batteries are fresh, you can still encounter problems. If you don’t want to try and figure out what the problem is, you can always call the manufacturer’s customer service number. They should be able to help you fix the problem.

While calling the customer service hotline is an option, it’s often not necessary because in most cases, you can resolve the issue faster by yourself. Here are a few common problems consumers run into when they’re trying to connect their universal remote to their Apple TV and other devices.

If the TV isn’t receiving a signal from the remote it’s often due to blockage. Make sure that you don’t have any decorative items in the way of the remote’s signal reaching the TV. Improper programming during the initial setup can also interfere with the signal. You may need to go through the connection steps again. If you haven’t already, make sure the remote is turned on and has a new pair of batteries. Sometimes, it’s a quick and easy fix to get the TV to recognize the remote control’s signal.

The Button is Already Assigned/Learned

It’s not uncommon for the TV screen to display a message indicating a button is already assigned a function which is a problem that is easily fixed with the right knowledge. There are usually two reasons why your Apple TV won’t let you assign a function to a specific button and they are the following:

Even though there’s nothing wrong with the default Siri remote control, not everyone wants to use it. Whether you dislike the functionality of the remote or you only want to use one for all of your devices, a universal remote is probably your best option. Both an infrared and wireless universal remote are a breeze to sync with your Apple TV. Don’t forget to install the app with a wireless one. If you run into problems during set-up, go back over the onscreen instructions or call customer service.