The Home Theater DIY > Receiver/Amplifier > Do You Need an Amp for In-Ceiling Speakers? 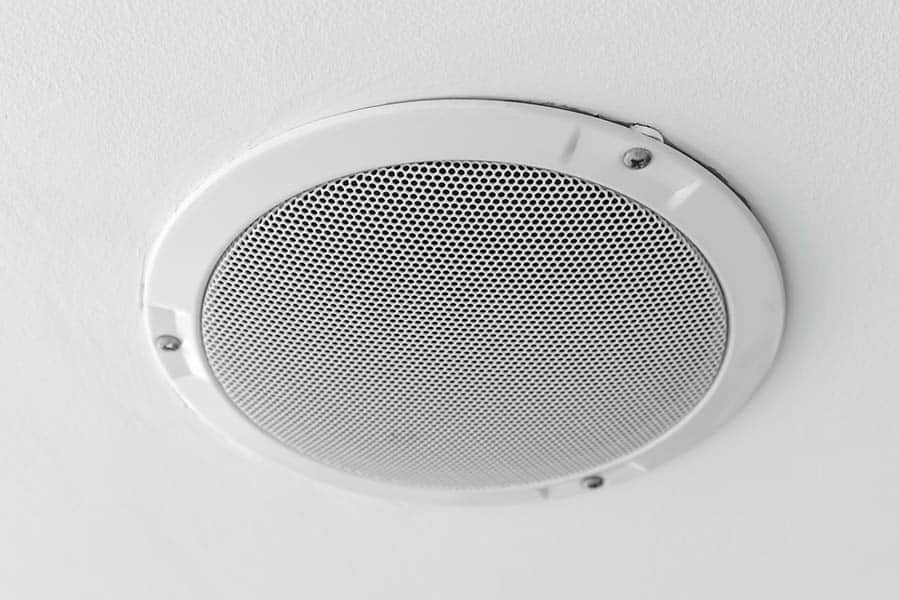 Do You Need an Amp for In-Ceiling Speakers?

If you're working on the perfect home theater setup, you've likely considered in-ceiling speakers. They're harder to install, true, but the sleek, flush-mounted profile really can't be beaten. However, you may be wondering what the requirements of ceiling speakers are when it comes to the other usual support hardware like amplifiers and receivers.

If your in-ceiling speakers are passive, and especially if you're going to use them to play music, you definitely need an amplifier. And if you want to route multi-channel surround sound to the speakers, you need a receiver as well.

Most in-ceiling speakers are passive, but determining whether you need an amplifier or receiver will depend primarily on your intended use. Let's look at the differences in these devices, why you need them, and whether there are exceptions to the rule. And a quick note, while this article focuses on in-ceiling speakers, we have more info on in-wall speakers available if you're interested.

Active vs Passive Speakers: The Difference is in the Power Source

The majority of the in-ceiling speakers on the market today are considered passive speakers. But what does this mean to your home theater set up and the supplies you need to make it operational? You can read more about the differences in active and passive speakers elsewhere on our site, but the basics are:

Active speakers, alternately referred to as “powered speakers”, are those that come with a built-in amplifier. These speakers do not require the support of an external amplifier or receiver.

Amplifier vs. Receiver: What's the Difference?

If this is your first time setting up a home theater, you may be scratching your head right about now. You may be wondering what these pieces of equipment do and what makes them different. We have a thorough guide explaining amplifiers and receivers if you want more detail, but the basics are below.

An amplifier is a device that translates the audio signal received from your media into the sound you hear streaming through your speakers. To do so it converts the audio waves from a source and translates it into audible sound.

A receiver, on the other hand, is a device that combines amplifier capabilities with more functionality. Not only does a receiver contain a built-in amplifier, but it also may act as a tuner, volume control device, radio and more. Some models can affect the sound quality, and as if that weren't enough, they're typically designed to handle the video side of things too, managing all of your inputs.

Should You Use an Amplifier or Receiver to Power In-Ceiling Speakers?

If you have passive in-ceiling speakers, you will need to use an amplifier or receiver. However, the one that makes the most sense for your home theater will depend largely on the specific type of set up you have.

For example, if you are looking to use your in-ceiling speakers to primarily play music, an amplifier would be ideal. Not only are they typically less expensive than a receiver, but they are also simpler to use. Newer models may even come with Chromecast Audio.

For a home theater that will include surround sound, a receiver is likely the better choice. For a full home theater system, a receiver acts as your central hub. As described above, it can relay both video and audio signals from your source media to your output devices.

A quality receiver will convert and relay audio signals to each speaker, ensuring your surround sound works as intended. To be clear – you will need a receiver that supports the number of channels or speakers you have, and - as an aside that's not specifically related to this issue - it's prudent to pay attention to whether it's HDR compatible (as we've said before). If you'd like to read a little more about how to figure this part out, check out our guide explaining surround sound channels.

Since passive in-ceiling speakers are the most common type, there are plenty of options for a home theater set up. Some of my personal favorites are discussed below. 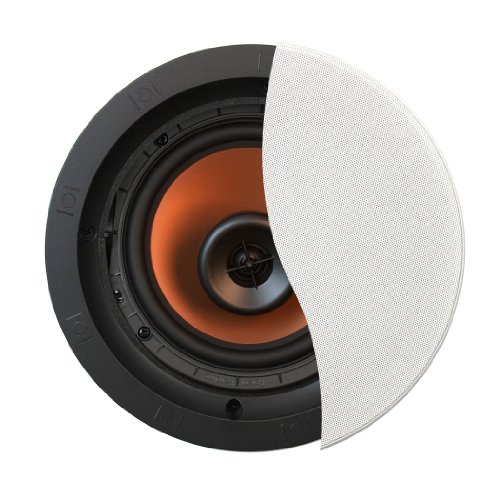 The CDT-5650-C II (on Amazon) includes a 6.5-inch pivoting composite woofer and 1-inch titanium tweeter. It features 360-degree rotation, Controlled Dispersion Technology, and the ability to shift 15 degrees in any direction.

This gives you complete control over sound direction. Klipsch is known for their great handling of both treble and mid-bass frequencies the CDT-5650-C II is no exception and includes attenuation switches that give you control over each tone emitted. 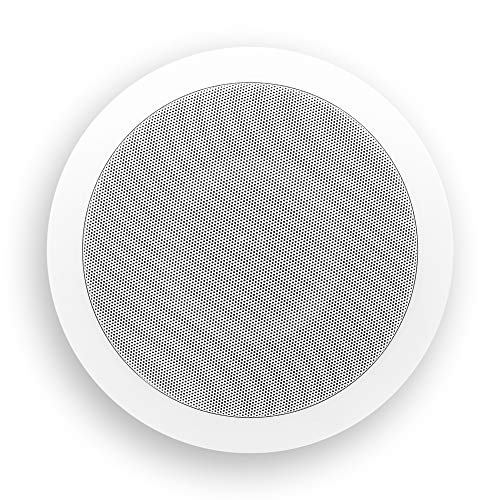 The Micca M-8C is another great, lower priced option for those on a budget. The 6.5-inch model comes with a poly woofer and 1-inch soft-dome tweeter that offers quality sound. Want a bigger model? It also comes in an 8-inch model (also on Amazon).

Easy to install and even paintable, these speakers blend right into the room, do not break the bank, and still compete with the sound produced from some of the more expensive brands on the market. 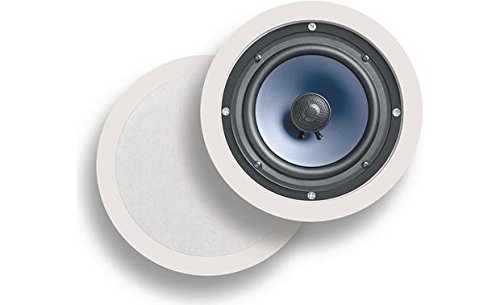 The RC80i (on Amazon) comes in both 6.5- and 8-inches as well. From a renowned consumer electronics brand, the Polk Audio RC80i lives up to expectations. Each speaker comes with a dynamic-balanced woofer and 1-inch tweeter to ensure optimal sound wherever you sit in the room.

Since these are swivel-mounted, you get full control of positioning. The included rubber seal makes this speaker ideal for any environment, including the kitchen and bathroom.

Exceptions: are there In-Ceiling Speakers that Don't Require an Amp or Receiver?

Yes! While the majority of in-ceiling speakers are passive, there are active models that are growing in popularity.

There are plenty of benefits to installing active speakers in your ceiling. One of the biggest is the reduced cost of support equipment. Another benefit is a reduction in the cabling needed to power these speakers. Active in-ceiling speakers work differently than other active speakers, though.

Many of them come with a separate, smaller amplifier that gets installed right alongside the in-ceiling speaker. Others will have a "baffle box" that is connected to the speaker head so that it's all one unit.

Active in-ceiling speakers are perfect for both the home theater system and a business environment. They work well with projected images, music streaming, and even karaoke nights with the family. 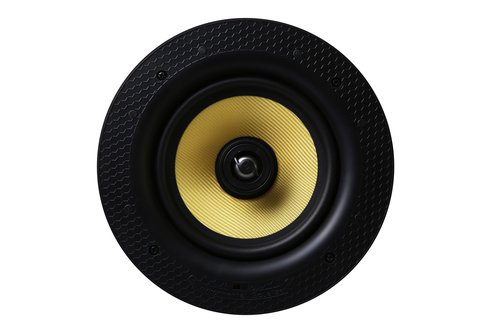 The master contains the built-in amplifier, as well as Echo Dot compatibility, Bluetooth V4.0 technology, and humidity resistance. The slave speakers, on the other hand, are passive speakers. They receive signals from the Lithe Audio Bluetooth Master Speaker; alternately, the slave speakers can be paired with your own amplifier or receiver if desired.

One last note here, if you're taking the plunge into in-ceiling speakers, be sure to read through our article on installing a backbox for the speakers to prevent sound pollution.