The Home Theater DIY > How-to-Guides > Can You Add Surround Sound Speakers to a Soundbar? 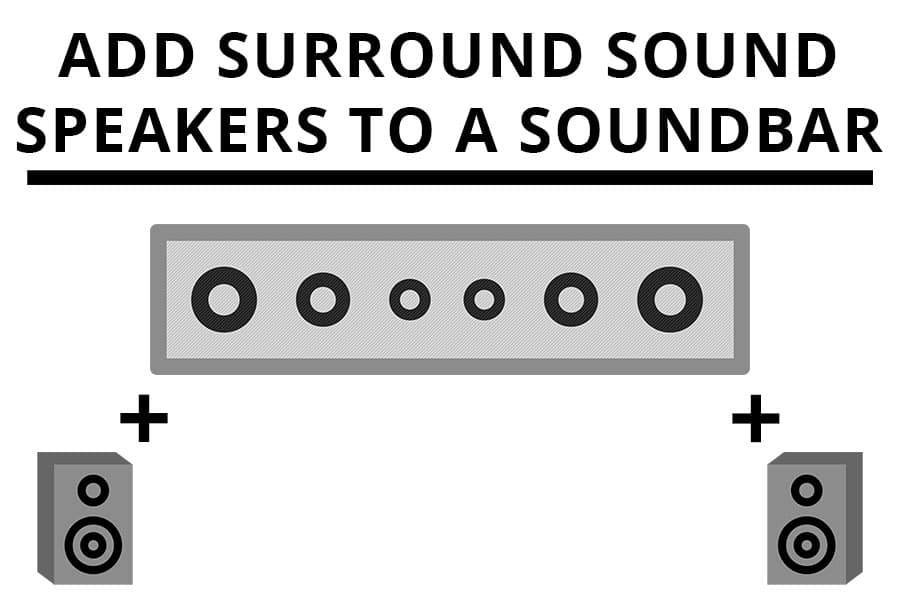 Can You Add Surround Sound Speakers to a Soundbar?

So you have a soundbar, but you want more sound in your room. You’re not trying to fork over for a proper surround sound system, but figure you can get away with a few speakers hooked up to the soundbar.

Here's out YouTube video that covers this topic! However, this video does take a different approach than this article. But it should be extremely helpful and useful. You should definitely both watch this video and read this article to fully understand adding surround speakers for soundbars.

Why Shouldn’t You Add Surround Sound Speakers to Just Any Soundbar?

Some soundbars are built to include additional surround sound speakers (and connectivity to things like Google Home Minis - our tutorial). However, you are limited to very specific additional speakers, there is usually only a single option available. Sonos, Bose, and Nakamichi all make surround sound ready soundbars.

Below is a list of soundbars that are capable of adding surround sound speakers. I would definitely suggest one of these units over trying to jerry-rig your own soundbar surround sound setup.

Prices pulled from the Amazon Product Advertising API on:

How Most Soundbars Work

If your soundbar doesn’t have specific instructions about hooking up surround sound speakers, you should never supplement your soundbar with external speakers. To understand why, you need to know a little about how soundbars work.

Soundbars are meant to simulate surround sound with some clever audio tricks. The speakers are sometimes angled toward the outside of the soundbar so that the sound bounces off the walls in the room and into your ears. Thus, instead of hearing the sound in front of you, you hear it coming from the sides of the room.

For this reason, it is highly recommended that you do not attempt this setup unless the surround speakers are already included with the soundbar or it's natively capable of surround sound. You’ll only ruin your sound with equipment that may not work well.

When Can You Add Surround Sound Speakers Directly to a Soundbar?

Still, some of you are stubborn and can’t be convinced that this is a bad idea. Fine. Just because you shouldn’t hook up surround sound speakers to a soundbar, doesn’t mean you can’t.

The main problem with this approach is that most soundbars, if not all soundbars, do not have a speaker out. This is because soundbars are meant to be all-inclusive, standalone units. If you were able to hook up surround sound speakers to a soundbar, it would have an audio out. Do not plug your speakers to the soundbar’s audio in channels because they will not deliver any sound.

Most soundbars do not come with this feature because they are not intended for this use. The closest most come is having an external subwoofer out. Using this channel will not suit your purposes both because it does not have a stereo signal and because it is only transmitting the bass frequencies.

How to Add Surround Sound Speakers to almost any Soundbar

1) Connect RCA Cables to the Pre-Outs on the Receiver 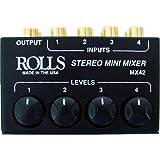 Connect the other ends of the RCA cables to a mini stereo mixer. The Rolls MX42 4-Channel Passive Mini Stereo Mixer (on Amazon) will work perfectly for this setup.

You'll need a soundbar with an RCA, AUX, or Digital Optical input.

4) Connect Your Surround Speakers to the Receiver

Why You Shouldn't Add Surround Sound Speakers to a Soundbar

Besides possibly ruining your sound with mismatching speakers and being incredibly difficult to set up, using a soundbar and surround sound speakers simultaneously cannot be done using high definition audio.

Ultimately, hooking up a soundbar to surround sound speakers is a bad idea. It can ruin the sound, it’s a pain to set up, not as stable as a normal setup, and ultimately you won’t get true high-definition surround sound like you would with a true surround sound setup.

The best you can get, if the soundbar has the right audio jacks, is a poor quality 5.1 system with far more wires and converters than is necessary.